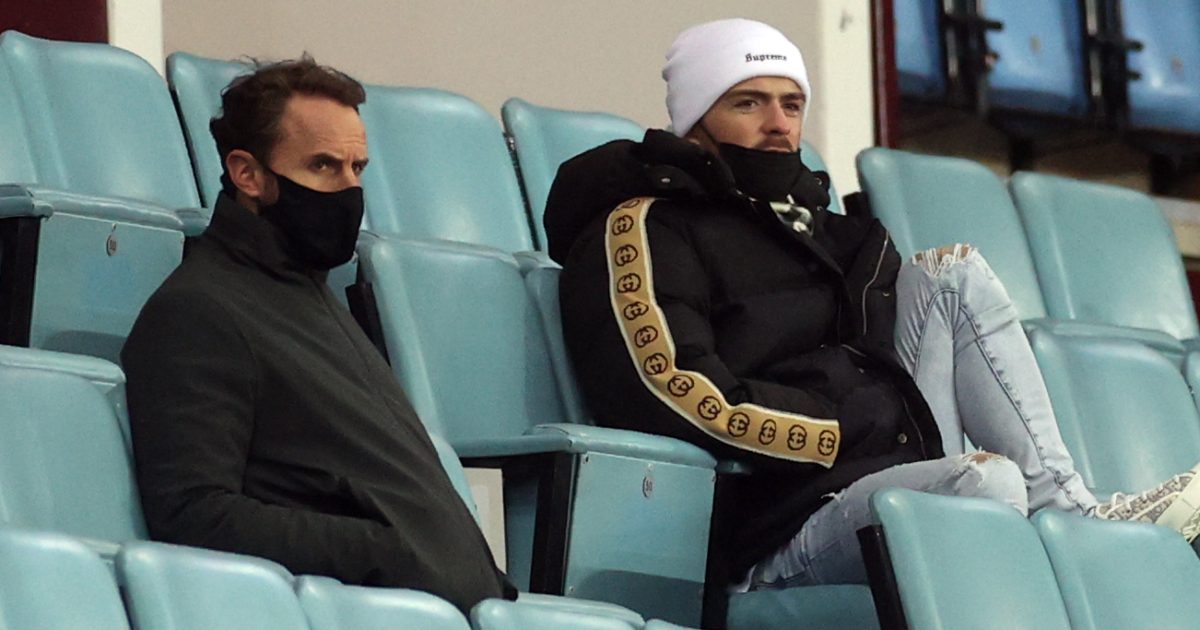 Dean Smith has confirmed that Jack Grealish will miss this weekend’s game against Manchester United, but he will return to training with the full squad on Saturday.

Grealish has been out of action since Aston Villa’s 0-0 draw with Brighton in February. He has suffered an injury to his shinbone.

The Englishman was due to have returned already, but he suffered a setback during his rehabilitation.

Grealish has missed eleven Premier League games so far, and Villa’s game against Man United this Sunday will be his twelfth.

Smith has confirmed that the midfielder is “on his way back” and he should be fit to play a part against Everton next Thursday:

“It will be 12 games that he misses,” Smith said. “He’s out on the grass loading the injury, so he’s on his way back, but this game will be too soon for him.

“He starts training with the actual group tomorrow.

“As I’ve said many times, we want him back as soon as possible, but we’ve got to do it right as well.

“We had a spike in his loading last time and we had a reaction, so we have to make sure that we’re very conservative with our approach this time with it. He’s itching to get back, we’re itching to get him back, but we’re led by the medical staff.”

Aston Villa were in the chase for a European place during the first few months of the season. But their form has dipped of late as they sit tenth with five games to go.

Man City, Chelsea and Man United have all booked their place in European finals this week. Smith has suggested that Villa’s aim is to compete for a spot in Europe:

“The aim of this football club is to compete in European competition. Our owners want that.”