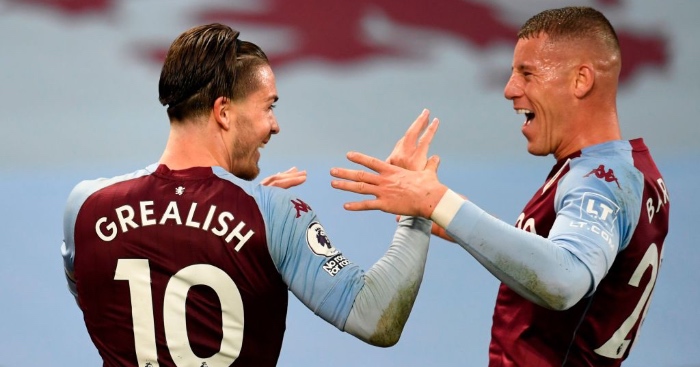 Ross Barkley remains on course to return for Aston Villa’s Boxing Day clash with Crystal Palace after a month out with a hamstring injury.

The 27-year-old England midfielder, on loan at Villa Park from Chelsea, was forced off early in the 2-1 defeat at home to Brighton on November 21 and has missed the midlands club’s last four games but is set to be in contention on Saturday.

“We’re expecting Ross Barkley to start training (on Wednesday), which is good news for us,” Villa boss Dean Smith said.

“Trezeguet will still be missing. Ezri (Konsa) is back in training (from Wednesday), but other than that we’re as we were with the same squad that was available for West Brom.”

Konsa has been sidelined by illness while Trezeguet is out with a thigh injury.

Villa’s 3-0 derby win at West Brom on Sunday evening lifted them to within three points of the top five, with two games in hand.

For a team that beat the drop only on the final day of last season, Villa’s progress has delighted Smith.

“It’s been a weird year for everybody,” he said. “Nobody’s been through a pandemic like this before, so there’s been a lot of new things that have happened.

“Maintaining our status as a Premier League club was very important to us. The work that we put in after the March period was really important to that.

“We’ve added to that squad with five quality players (Barkley, Ollie Watkins, Emiliano Martinez, Matty Cash and Bertrand Traore) and we feel like we’re in a really good place to compete in every game that we play.

“The turnaround in confidence at the football club has been really good to see. Long may that continue.”