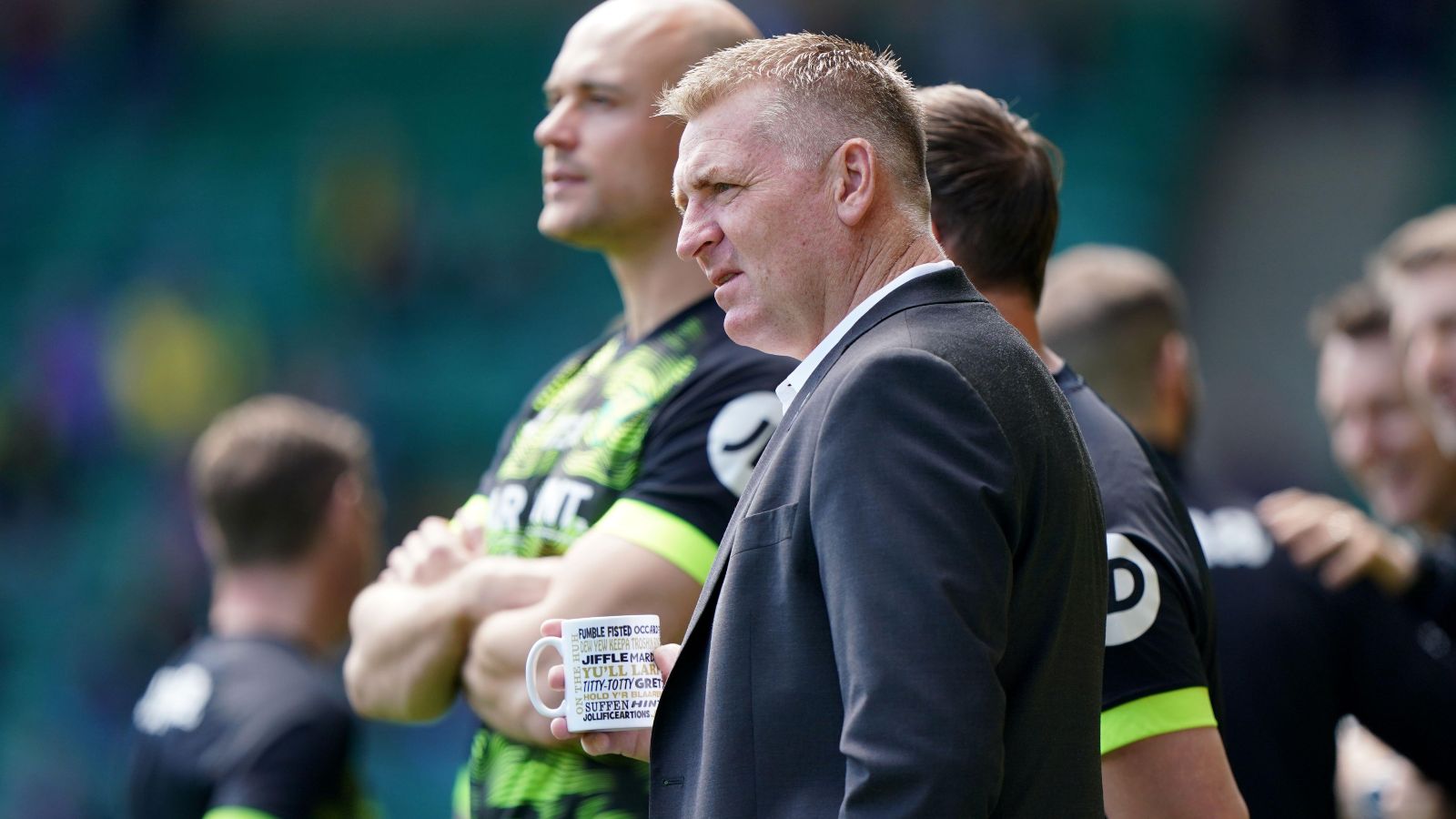 Dean Smith has challenged his Norwich City players to enjoy their last two games in the Premier League before they head back down to the Championship.

Their relegation was confirmed last month when they were beaten by Steven Gerrard’s Aston Villa.

Since then, the Canaries have been convincingly beaten by West Ham and Leicester City.

But Smith does not want the remaining two games – the first is at Wolves on Sunday before Tottenham head to Carrow Road chasing a Champions League spot – to be all “doom and gloom” as the Norfolk club look to regroup.

“We have been relegated two games ago and I have gone through a period of mourning now. I want to come out of that and go an enjoy football games,” the Norwich boss said.

“I want them to get through the mourning period of getting relegated because we all hurt.

“Obviously we want to win football games. There is a lot of money at stake (in the final league position), but we don’t want to finish the season with doom and gloom.

“I enjoyed Leicester for 58 minutes and then we had to suffer, but I want the players to go and enjoy themselves as well and play with a little bit of freedom.

“That is what we have to do. We can be looking at next season as well.

Smith told a press conference: “The biggest thing is fans don’t want to see me smiling, that’s for sure.

“But I’m a human being and I want to make sure that the players are positive because if they go into a game and see me low, then it’s very difficult to motivate and lift them.

“I’m not going to be coming into training in a clown’s uniform at the moment. It has been a tough time and we are all hurting.

“But there is a way to come through it and that is by having positivity around the group, which is what we are trying to do.”

As well as having the Premier League’s worst defensive record, Norwich’s attacking failures have again proved costly, with only 22 goals scored – and 10 of them from Teemu Pukki.

Smith knows those shortcomings must be addressed if Norwich are to mount another sustained promotion push next season.

“We have had some big moments in games that we haven’t taken and that is frustrating because we all know goals change games,” Smith said.

“We are going into the Championship, where levels are not as high as they are in this league certainly defensively for the opposition.

“I feel we have bodies in here who can score goals (in the Championship), but creating them is certainly an area where I think we need to bring in people.

“We have to go and prove we can be in the top two again next season.”