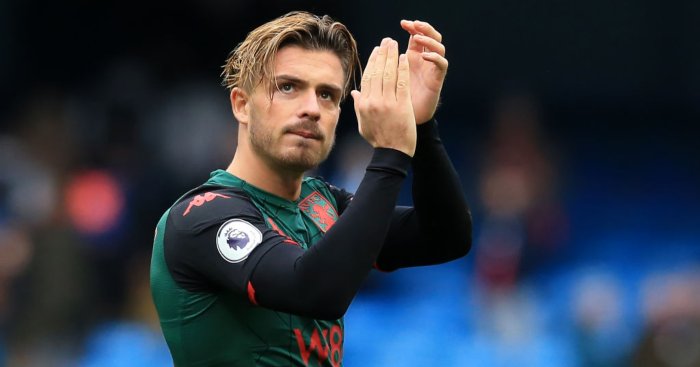 Jack Grealish has been urged to prove Gareth Southgate wrong after the Aston Villa captain was overlooked by the England manager for the forthcoming Euro 2020 qualifiers.

Despite being sidelined with a calf injury at present that makes him a “50-50” doubt for Sunday’s midlands derby with Wolves at Molineux, Grealish was expected by some to be named in the England squad yesterday for the games with Montenegro and Kosovo later this month.

Southgate, however, cited the intense competition for places in the wide areas for England, with players such as Raheem Sterling, Marcus Rashford, Callum Hudson-Odoi and Jadon Sancho ahead of Grealish.

Smith insists Grealish is not just a winger, as he has proven over time with Villa.

“He can play as a wide player or an attacking midfielder, as he has done with Aston Villa, last season and this season, so there are a number of different positions he can play,” said Smith.

“He will react as he has done before. We all saw what happened when he missed football for three months last season, coming back with a bang, with the volley against Derby, and an assist with his first ball forward.

“Your job is about trying to prove people wrong, and he will feel he is playing at a good enough level, so he will be a little bit frustrated, but all he can do is work hard for Aston Villa and make other people take notice.”

Smith expressed that Grealish will “be disappointed he’s not been selected for England”, particularly as he has not put a foot wrong this season.

“Jack works hard every day, and he’s at the top of his game,” added Smith.

“He can’t control whether he gets picked or not. Football is a game of opinions, and at the moment the opinion of the coaching staff of England is not to choose him.

“Listen, I’d love the lad to be called up because in my opinion he deserves it, but it’s the opinion of other people at the moment that counts.

“His job now is to keep performing to the level he is, and to keep pushing himself.”

For the clash with Wolves, Smith is hoping Grealish can shake off the calf injury.

“I expected him to be training by now but unfortunately the bleed on his calf was a little bit bigger (than we thought), and he still has a lot of pain,” said Smith.

“The masseurs and the physios are getting their fingers to work, and he has another 24 hours to be fit. He is certainly physically OK because he has been doing an awful lot of work in the swimming pool.

“He will be OK but he just needs to make sure he can get through a training session tomorrow. We are hopeful but it is 50-50 at the moment.”