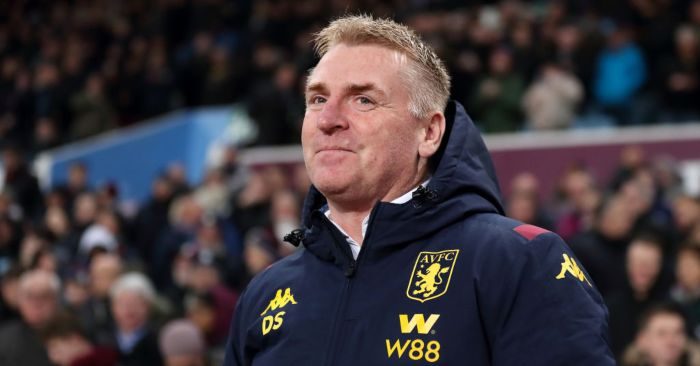 Ahmed Elmohamady’s winner sent Villa into the quarter-finals for the first time since 2012.

Villa have beaten Sky Bet League Two Crewe and youthful Brighton and Wolves teams to reach the last eight and Smith wants the club to win the trophy for the first time in 23 years.

He said: “For me football is about trying to win something. Why not go all out to win it? You only get three opportunities (a season) if you’re not in Europe.

“You enter three competitions and the title probably slipped away from us on Saturday so we have the Carabao Cup and FA Cup to fight for.

“We want to finish as high as we can but this is a priority as well. We have a proud history in this cup, we’ve won it five times, and want to continue to win it more and have days like we had in May at Wembley.

“There’s still a long way to go but it was a deserved victory.”