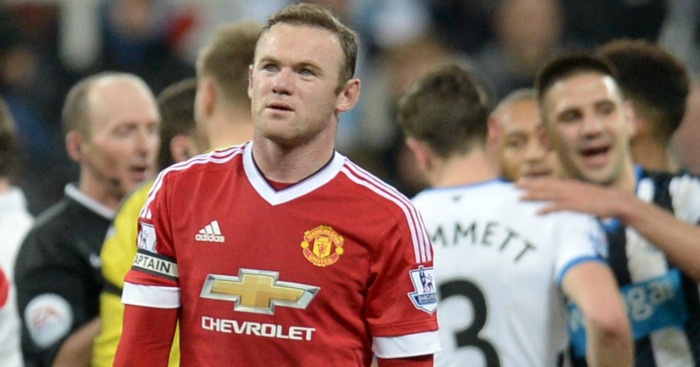 Newcastle striker Aleksandar Mitrovic has spoken of his admiration for Wayne Rooney and labelled the Manchester United skipper’s critics as “crazy”.

Rooney scored twice against Mitrovic’s Newcastle side on Tuesday night when the England star turned in one of his best performances of late in the 3-3 draw at St James’ Park.

The United captain has notched three goals in his last two Premier League outings after only two in the previous 15 games this season. His form led many to question his place in Louis van Gaal’s first XI but Mitrovic remains a huge fan of Rooney and hit out at critics of the “legend”.

“They are crazy,” said the Serbian hitman. “They are people who don’t watch football.

“If he doesn’t score in a few games, then the team don’t play well and he cannot play well.

“You can see on the pitch the way he plays during the whole game, how easily he plays. I think he can play for 10 years more.”

Mitrovic scored from the spot to drag Newcastle level at 2-2 on Tuesday before Rooney struck a sublime third for United. The Magpies claimed a point with a last-minute strike from Paul Dummett.

“It’s my second time to play against him and I got his shirt afterwards,” Mitrovic said. “It was really amazing.

“He is a legend and he has scored so many goals. For me it is alway nice and I’m very proud to have the chance to play against him.

“You can see on the pitch how easily he moves. He is a very good player.

“I hope maybe one day I can be like Wayne Rooney. Maybe then some young players will be proud to play against me. That would be amazing.”