Home All The News Sneijder on Van Gaal: He’s ‘nothing but trouble’ 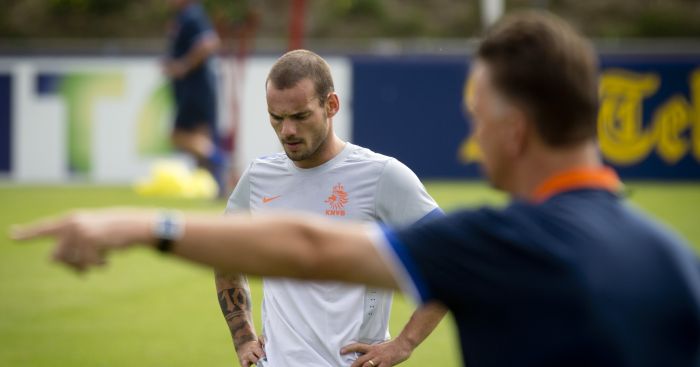 Wesley Sneijder has taken a swipe at former boss Louis van Gaal by saying that on a personal level he was “nothing but trouble”.

Van Gaal was sacked as Manchester United boss at the end of last season and replaced at Old Trafford by Jose Mourinho.

Sneijder, who was coached by Van Gaal in the Dutch national team set-up, admits that Van Gaal is a great coach but hard to get on with.

“I have always said that Van Gaal is the best coach there is, technically and tactically,’ Sneijder told Fox Sports.

“There is no better coach than Van Gaal. But I think there is room for improvement when you look at the way he deals with his players and staff.

“I had a perfect time with him on the pitch, as a coach, because his training sessions were the most fun.

“But as a human being, I have had nothing but trouble with him on a personal level.”