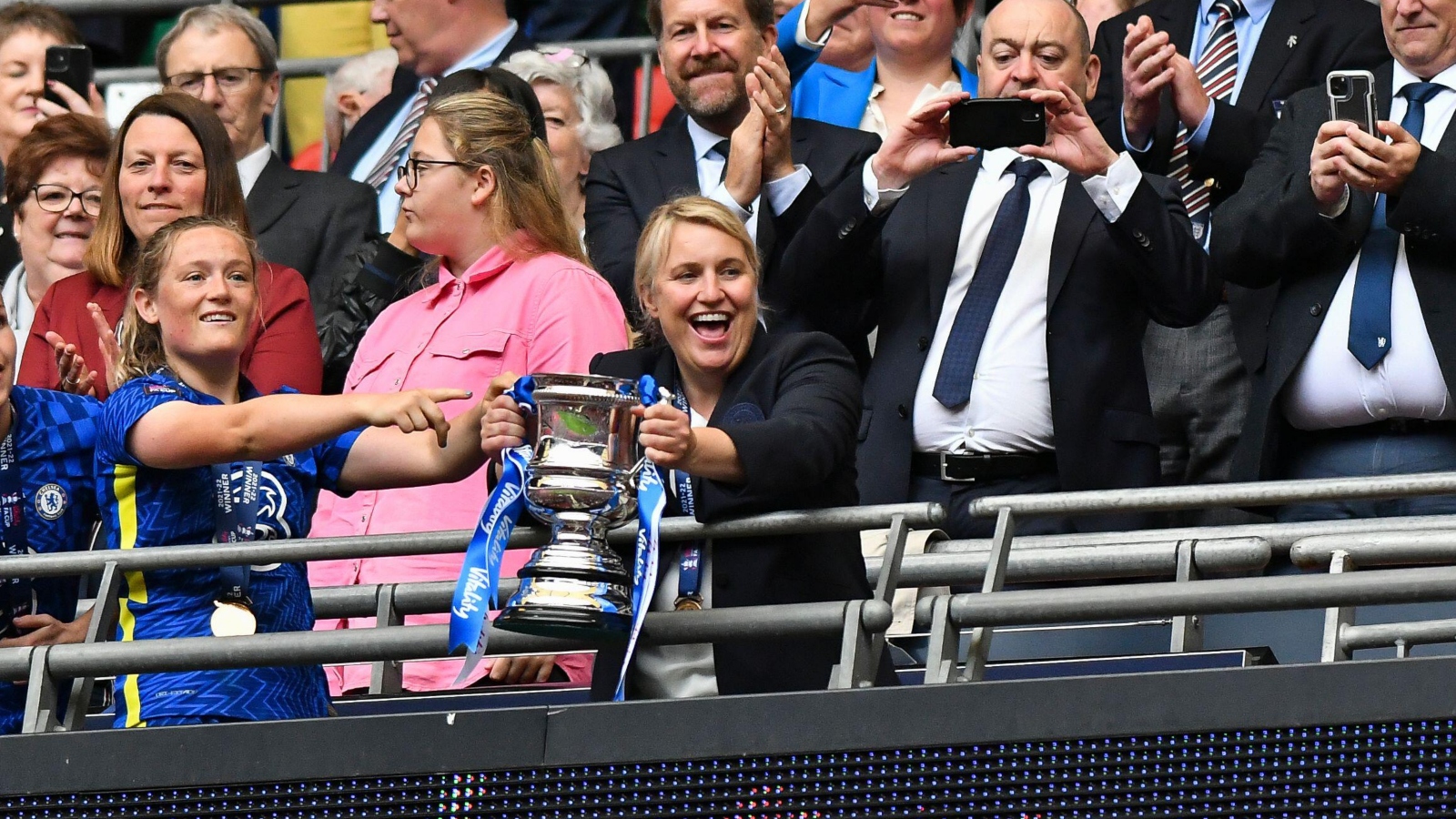 Emma Hayes believes that Chelsea’s Women’s FA Cup triumph is “amazing for the women’s game” as they overcame Manchester City 3-2 at Wembley.

Sam Kerr’s extra-time winner handed the Blues their second trophy in a week, after they wrapped up the Women’s Super League title last Sunday.

Kerr had nodded in at the far post for the first goal of the game, however City equalised just before half-time through Lauren Hemp.

Chelsea regained the lead through Erin Cuthbert’s effort from distance, only for Hayley Raso to equalise in the 89th minute and set up another 30 minutes.

Kerr struck again to settle the contest, which was watched by the highest attendance for a Women’s FA Cup final – 49,094.

“That was so amazing for the women’s game today, two teams who respect the crap out of each other, going toe-to-toe.

“It was so gutsy, I loved the game plan, I thought it was really aggressive, you had to grind, you had to work.

“I thought we stopped Manchester City’s momentum in the way that we pressed, but it meant we had to suffer and there was a lot of cramping and groin strains, everything else.”

Hayes added: “I will look back in 10 years time and think ‘that team was immense’ it’s the best team I’ve ever coached.

“I totally understand that we always want to talk about perfection in football, but to be on the winning side more often that not…let me tell you, it’s human endeavour.

“This group, they’re not going to be on the losing team. They’ll find a way.”

Her City counterpart Gareth Taylor was left to rue errors which allowed Chelsea to capitalise and felt his team were the more dominant in the match.

He explained: “Of course I’m going to be biased, but I felt like we were the dominant team in large periods of the game, we started the game well, had good chances.

“We showed good character to bounce back from a disappointing goal to give away and then in the second half I felt like we were controlling large parts of the game so I felt we were excellent just before Hayley (Raso) scored her goal.

“I’m supremely proud of the team, I thought we were excellent today and showed really good character.

“It’s just unfortunate that we couldn’t quite get our noses in front when we had the ascendancy.”