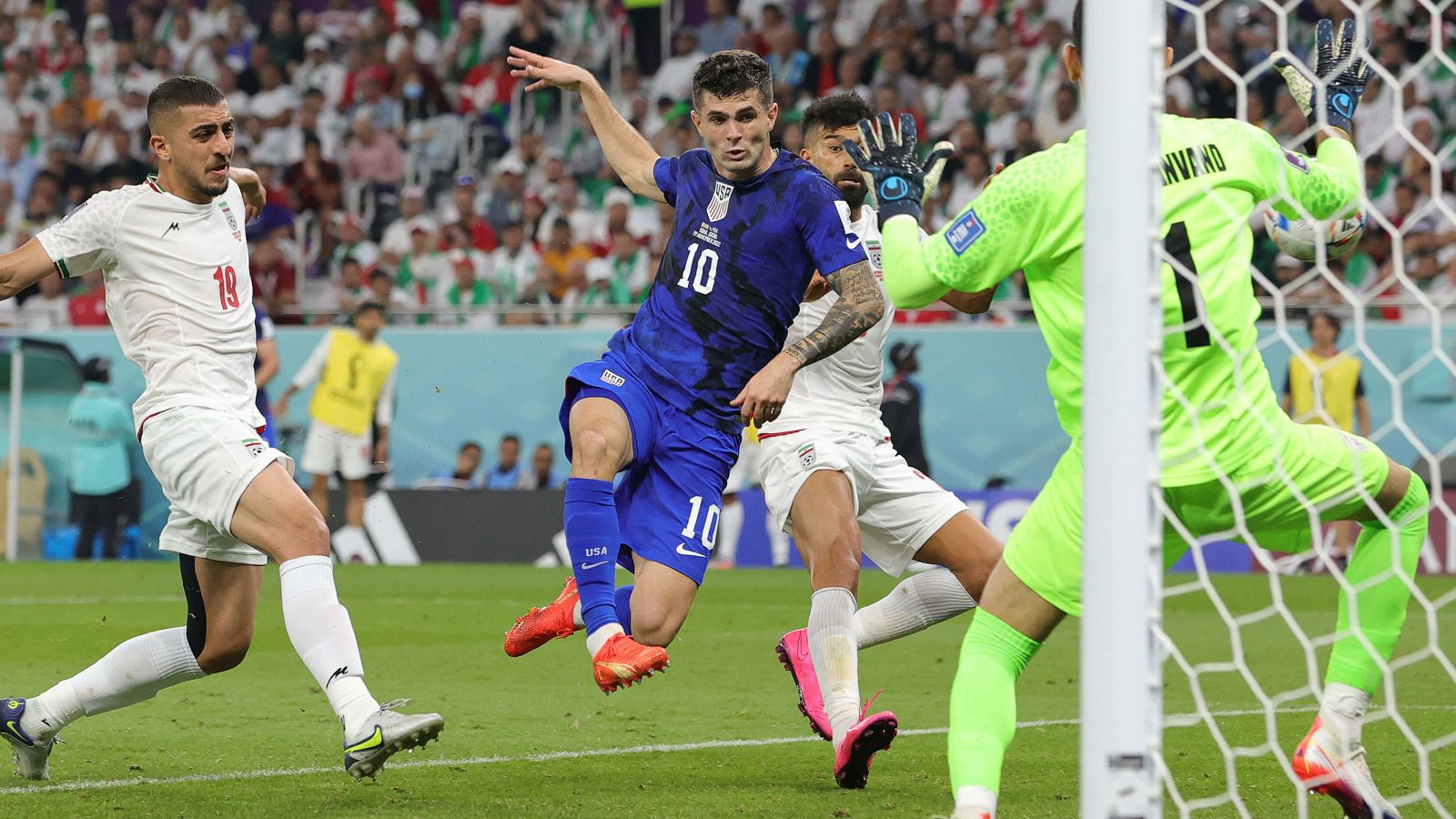 Chelsea star Christian Pulisic has vowed that he will “be ready” to play for the United States against the Netherlands in the World Cup knockout stages.

The attacker scored the only goal for the United States against Iran on Tuesday night as his side qualified for the Round of 16 stage of the competition.

Pulisic was forced off as he collided with Iran goalkeeper Alireza Beiranvand when he scored. He was unable to return for the second half.

Amid fears over his condition, Pulisic posted a positive update from his hospital bed ahead of Saturday’s knockout clash with the Dutch.

His team later tweeted to say the player had been diagnosed with a pelvic contusion and would be assessed “day-to-day”.

Pulisic was unable to celebrate his goal, which secured the USA second spot in the group behind England, and stayed down for several minutes.

He appeared to hurt his leg and his torso as he flew into Beiranvand at full pace, with his face and neck also hitting the keeper’s chest.

Pulisic was helped from the pitch by medics and then briefly returned before being replaced by Leeds’ Brenden Aaronson at the break.

USA coach Gregg Berhalter had no news on the severity of the injury immediately after the match but heaped praise on his key man.

“No update (on his fitness), but it is a wonderful thing when one of your best players is one of the hardest working,” said Berhalter. “And he is certainly that.

Pulisic’s time at Chelsea has not gone to plan and he is being linked with a move away from the Premier League club.

It is claimed that Arsenal, Manchester United and Newcastle United are all interested in him.

But Sky Germany’s Florian Plettenberg is reporting that Pulisic does not wish to leave Chelsea in January.

‘Been told that he wants to stay at Chelsea winter! He really tends to this plan.

‘But: Talks could take place if he would receive a great and interesting offer after the World Cup. But it’s unlikely.’