Home All The News Sokratis insists Olympiacos ‘will win’ against Arsenal 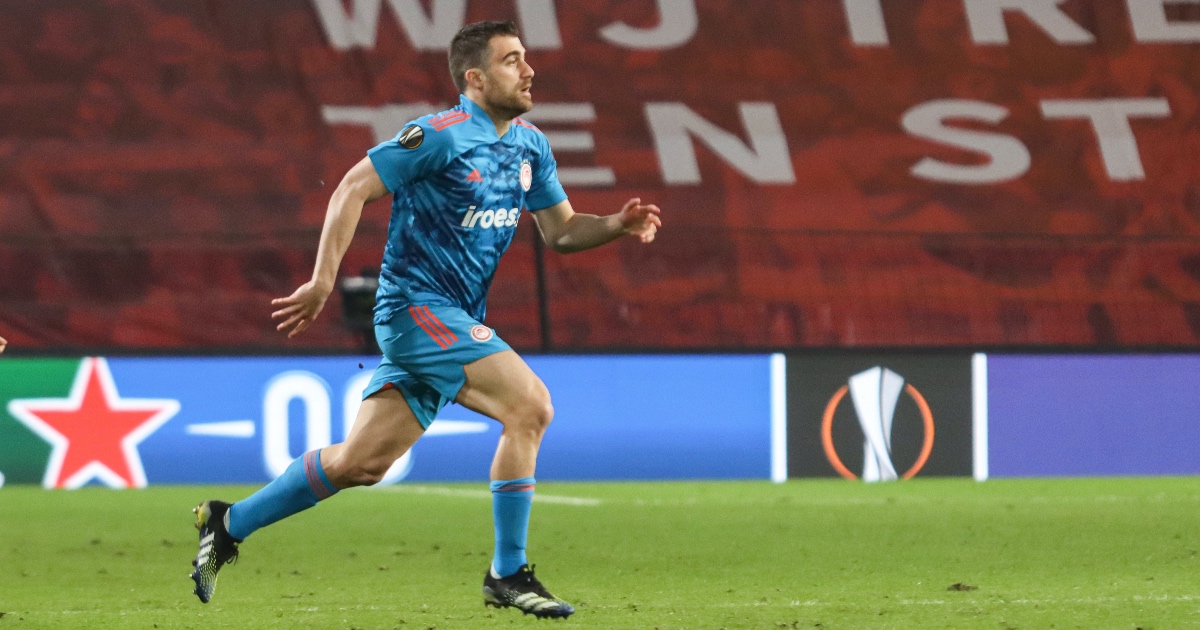 Sokratis Papastathopoulos is confident Olympiacos can shackle Arsenal’s match-winners as he predicted another Europa League upset for the Gunners.

The Greece defender left Arsenal to join the Super League champions after having his contract terminated in January.

Having been left out of the squads for both the Premier League and Europa League, Sokratis did not feature for Arsenal at all during the first half of the current season.

He played alongside Arsenal skipper Pierre-Emerick Aubameyang in north London as well as at Borussia Dortmund so knows what to expect from the striker and his former team-mates – but believes they can be kept quiet over the two legs of their round-of-16 clash.

“It is tough to play against top players,” he said on Wednesday.

“We know Aubameyang and (Alexandre) Lacazette are great players and if they have their day they can decide a match, however tomorrow we will be the ones to win the match and have a great evening.

“As far as I am concerned it is a bit bizarre (to be playing Arsenal), as two months ago I was team-mates with many of these guys from Arsenal.

“This is not something that you get every day in football. However, it is a major challenge for me. It’s a new challenge and my mind is set on winning.”

Olympiacos shocked Arsenal at the round-of-32 stage last year, progressing on away goals and ending Mikel Arteta’s hopes of securing European silverware in his first season in charge.

While Sokratis feels history can repeat itself, the 32-year-old admits he has seen Arsenal improve since the surprise defeat 13 months ago.

“Arsenal is quite different compared to last year, Arteta is not a three-month old coach, he has been there 15 months or so now,” he said.

“It is true that Arsenal are not doing that well in the Premier League, they are one of the top clubs and are normally in the top three or four of the table.

“They have no more domestic matches apart from the Premier League so the Europa League campaign is probably their most important objective they are now working towards.

“Of course I believe the match tomorrow will be much more difficult than last year, we are here to do what we have to do and our mind is set on winning.”

Sokratis moved to Arsenal from Dortmund in 2018 and went on to play 69 times for the club before being ostracised at the start of the current campaign.

His deal would have expired this summer had a deal not been agreed to bring it to a premature end in January.

He refused to discuss the circumstances around his omission from the squad this season but insisted he remained professional throughout.

“As far as the past is concerned this is not the time or place to discuss that,” he added.

“Both I and the coach and the team’s executives at that time know exactly what happened and as far as I am concerned I have to say that I faced all the difficulties the way I should, I was absolutely professional from day one when I joined the team.”