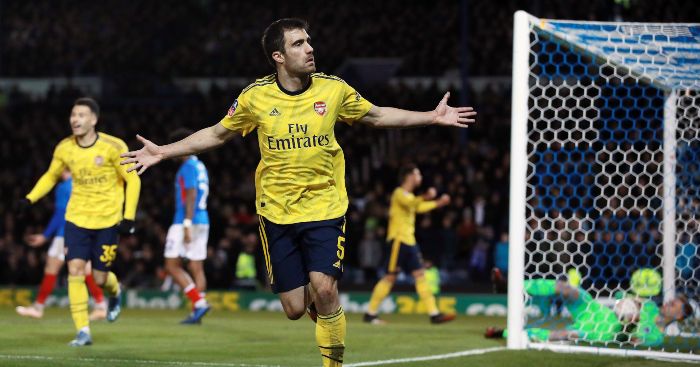 Arsenal have announced that they have cancelled the contract of Greek defender Sokratis Papastathopoulos by mutual consent.

The 32-year-old joined the north London club from Borussia Dortmund in July 2018 for an undisclosed fee and went on to make 69 appearances.

FEATURE: Five players we want to see back in the Premier League…

In a statement, the Gunners said: “Working closely with Sokratis and his team, we have decided to cancel his contract by mutual consent.

“This gives Papa the freedom to negotiate a contract with a new club and return to action as soon as possible.”

Sokratis was out of contract at the Emirates Stadium this summer and technical director Edu sent his thanks to the departing defender.

“On behalf of Mikel, our coaches, players and everyone at the club, I would like to thank Papa for his contribution to the club,” Edu said.

“He has been an important part of our group and has been a model professional throughout. The negotiations to end his contract have been collaborative and we wish Papa and his family well for the future.”

🗞 Working closely with @SokratisPapa5 and his team, we have decided to cancel his contract by mutual consent

Mesut Ozil is set to follow Sokratis out of Arsenal, with the playmaker in Turkey ahead of a move to Fenerbahce.

Sead Kolasinac has joined Schalke on loan and William Saliba will spend the rest of the campaign at Nice.