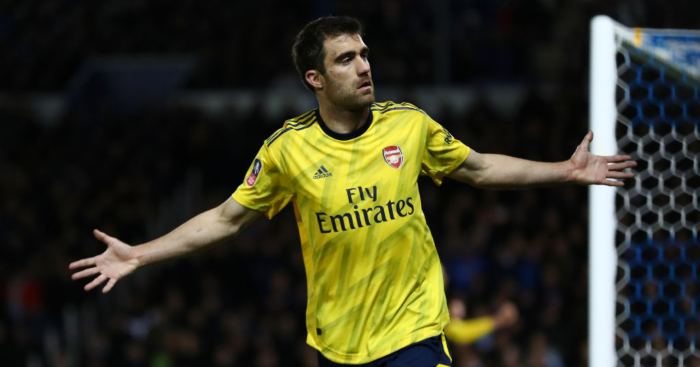 Sokratis Papastathopoulos insists he will not “sit” on his contract at Arsenal and would look to move on if he becomes disillusioned at being out of the team.

The 31-year-old opened the scoring with a fine finish in Monday night’s 2-0 FA Cup fifth-round win at Portsmouth – with Eddie Nketiah wrapping up the tie early in the second half.

However, Sokratis has been left out for plenty of recent matches as new Arsenal head coach Mikel Arteta has preferred David Luiz and Shkodran Mustafi at the heart of his defence.

Three of his last five starts for Arsenal have come in the unfamiliar position of right-back, including at Fratton Park, and he has not been named in a Premier League starting line-up since January 11.

Sokratis moved to the Emirates Stadium from Borussia Dortmund in 2018 and has a contract that runs until the end of next season.

But he has hinted he would potentially look to move on before then if he is not part of Arteta’s plans moving forward – with Pablo Mari making his debut at centre-back on Monday and William Saliba set to join from St Etienne in the summer.

Having previously said he would leave when his contract expired in 2021, Sokratis suggested that could change.

“I don’t know,” he replied when asked if he would leave next year.

“I have one more year here but me, I never sit on my contract.

“I don’t care. If I’m not happy, I don’t play enough or the coach doesn’t like me, I don’t care about the contract.

“For me the money is not important, it is important I feel good, I feel happy and the team is happy with me. If not, I take the road and I finish.

“I don’t think about it, I think every day to be happy and help the team and in the end we will see but what I say is that I am not a player who sits on a contract – I don’t need it.”