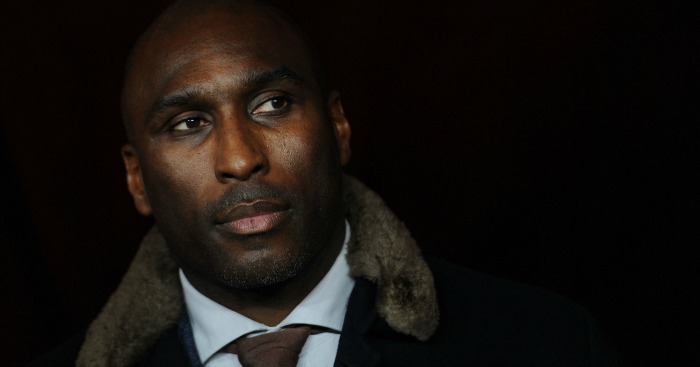 Sol Campbell is waiting to hear back about the Grimsby job as he searches for a way into football management.

Former England international Campbell recently called himself one of football’s greatest minds and been active in stating his desire to land a job.

Grimsby said they would talk to him with regard to replacing Russell Slade and he says has spoken to the League Two strugglers.

The 43-year-old, who has also been in contact with Oxford about their managerial vacancy, had a brief spell last year as Trinidad and Tobago’s assistant boss but has no previous experience as a first-team manager.

Speaking about the Grimsby position, Campbell said: “It’s up to them now. They are probably talking to other people, naturally.

“Good luck to who ever gets it but I have to keep on going, that’s all you can do really.

“I’ve spoken to Oxford and spoken to Grimsby Town so I’m going to see what happens.”

Campbell was vastly experienced as a player.

He believes he is ready for his first managerial role but feels it could take some time to secure a position, even in the lower leagues.

“It’s never going to be easy and I totally understand that,” said Campbell, who was speaking at Thursday’s London Football Awards in aid of the charity, Willow.

“I’m building a new career, I have had an amazing career but I’m starting from the bottom again and I’m willing to learn, willing to roll my sleeves up, willing to be humble and hopefully that chance will come and I’ll take it.

“I think I’m open-minded with all things in life, but I’m ready, that’s the main thing, ready to cut my teeth and I’ll have to be patient.”

More from Planet Sport: Hamilton: I’m the Federer of Formula One. (Tennis365)