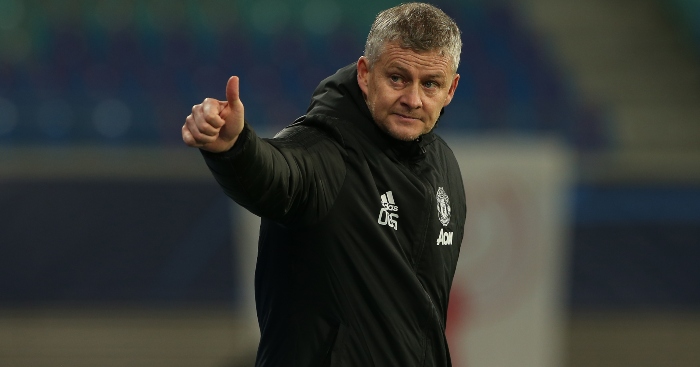 Ole Gunnar Solskjaer believes Manchester United are heading into a “big run of games” that will show whether or not they are title contenders.

The Red Devils responded well to crashing out of the Champions League at RB Leipzig last week but could not find a way past rivals Manchester City in Saturday’s goalless derby draw.

United are sat in mid-table ahead of Thursday’s Premier League trip to Sheffield United, which kicks off a run of six fixtures in 16 days that is shaping up to be as frantic as it is important.

“Of course we have to be mindful of little strains and niggles and decisions have to be made,” United boss Solskjaer said.

“From the kick-off of Sheffield United to kick-off (against Aston Villa on New Year’s Day) it’s 15 times 24 hours, so it’s going to be very tight.

“Edinson (Cavani) has done well in his rehab. Still have to make a decision if we should risk him because it is a risk, a little bit to him, too early, so I doubt him to be available for me to pick tomorrow.”

Fresh from Thursday’s trip to Bramall Lane comes a clash with old foes Leeds at Old Trafford this Sunday, before heading to Everton in the Carabao Cup quarter-finals.

Premier League action then resumes with a Boxing Day trip to Leicester, before the year ends at home to Wolves and 2021 kicks off with the visit of Villa on New Year’s Day.

Asked if this stretch of fixtures will decide whether United can challenge for the title or not, Solskjaer said: “This is a big run of games for us.

“After the Villa game on New Year’s Day, we have a little bit of a break in the league.

“Of course this period is going to be vital and it’ll be easier for me to answer around that time.

“I’d be disappointed if the players didn’t think we can put a challenge up because at the moment anything goes in the league.

“There’s different reasons for different results but I feel we are getting better but we have to improve quite a bit to take the next step as well.”

United have a game in hand but Solskjaer does not know when that match against Burnley will be slotted in as their Carabao Cup hopes remain alive and the Europa League campaign starts at Real Sociedad in February.

“We look at every game there (in the Europa League) as we do in the league and the Carabao Cup – we want to win every single one of them,” the United boss said.

“We’re not looking at it now. It’s a busy schedule and around that time we’ve got big games in the league as well.

“We’ll have to take one game at a time. We want to go through. We lost in the semi-final last year and that was disappointing.

“We want to go further and hopefully even lift the trophy.

“We’ve got a nice draw… at least the boys won’t sit down and relax and think it’s an easy game because they’re top of LaLiga at the moment, so that’s how lucky we are with draws.”

United could be bolstered heading into the Europa League by the arrival of talented teenager Amad Diallo, with Solskjaer saying “hopefully we can get him” in from Atalanta in January.

The Norwegian wants to provide the best platform to allow the 18-year-old to progress, just as he has done with Facundo Pellistri after arriving from Penarol in September.

The Uruguay youth international has impressed for the under-23s, where he was joined on Sunday by Brandon Williams as the full-back got some much-needed action in the 2-2 draw with Manchester City.

The 20-year-old played an important role for Solskjaer’s side last season but has only made five first-team appearances this term, leading to fresh reports of a potential loan move to Southampton.

“Brandon has done really well since he came into the team,” the United boss said.

“He had a slow start to the season for different reasons. I think he’s now coming back to himself. I can see more Brandon being Brandon again.

“I’ve enjoyed seeing him, I’ve enjoyed him more in training. He’s played a couple of 23s games, so he’s been more involved.

“That’s something we’ll look at in January but we highly rate Brandon so whoever’s interested they’re not wrong.”