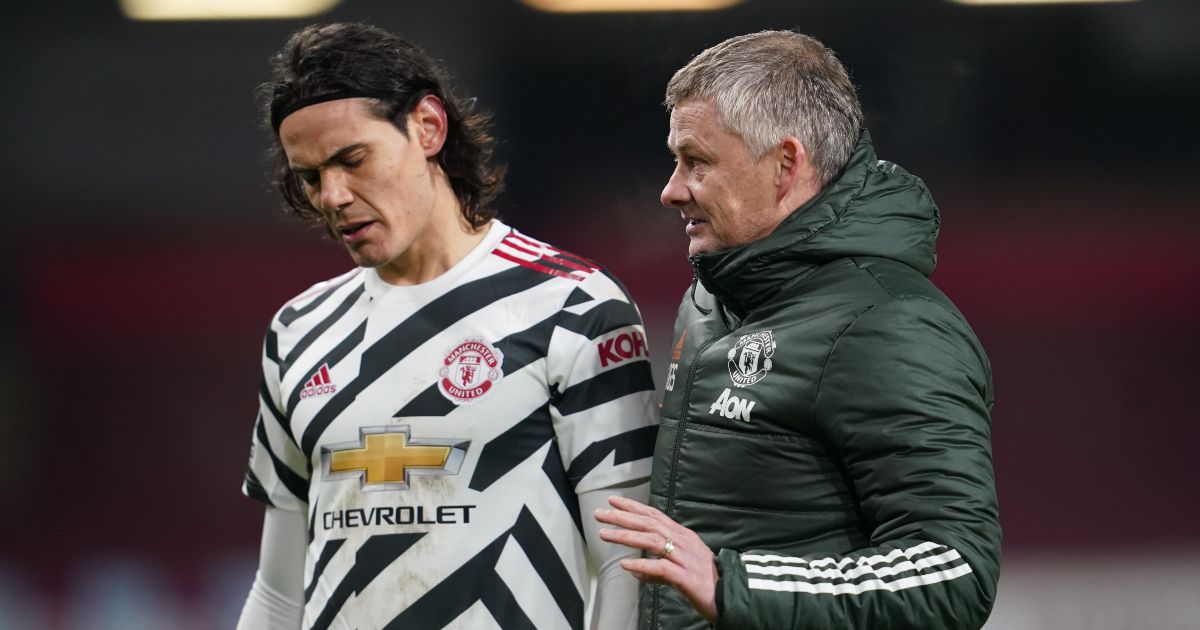 Ole Gunnar Solskjaer says Edinson Cavani remains unsure about his Manchester United future beyond the end of the season.

The 34-year-old joined the Old Trafford giants as a free agent in October on a deal until the end of the season with the option of a further year.

Unlike most extension clauses it has to be agreed by both parties before it can be triggered and speculation is rife about Cavani returning to South America this summer, with Boca Juniors continually linked with a move.

Asked if he had any indication as to what the Uruguay striker might decide or what the club might do with him, Solskjaer said: “Yeah.”

Pushed to elaborate, the Norwegian added: “No, no, that’s… I’ve kept in touch with Edi, of course, and we keep an open dialogue.

“He’s still unsure what he wants to do next season, which I find fine.

“It’s not been an easy year either for him or the rest of the world this season, so he still wants time to make his mind up.”

Cavani came off the bench in Thursday’s 2-0 Europa League quarter-final first leg win at Granada, making his 28th appearance of a season in which injuries have kept him out at times.

The 34-year-old also served a three-match Football Association ban for using a racial term in a social media post – which the striker said was an inadvertent mistake that he immediately apologised for.

“I’m very sure that we’ll get a good version of Edinson for the rest of the season,” the United boss said.

“He knows that this is the business end of the season, where we fight for the Europa League trophy and we can see the end line in the league.

“Only eight games left and you’re thinking about where you’re going to end up. He’s been so positive in and around the place, he’s been great to have.

“He’s been working hard now obviously to get fit and we’ve got him and now hopefully we can keep him fit for the next six, seven weeks.”

United signed Cavani on deadline day in October, the day after United were humbled 6-1 at home by Tottenham as Jose Mourinho triumphed at his former club.

Anthony Martial’s contentious early red card was a key moment in that match and Solskjaer has warned his players to be smart heading into the reverse fixture at Spurs on Sunday.

“I think the players will remember that game with a lot of pain and their pride has been hurt, our professional pride’s been hurt,” he said.

“The way and the manner we lost is not ourselves and we know that. We gave ourselves a difficult game by having 10 men.

“Pre-season was short and we weren’t up to the standard required, but we were so poor and I’m pretty, pretty sure we’ll see some players wanting to prove that we’re better than that.

“The biggest thing that we’ve improved on is our fitness levels because we were way short of what they were at. 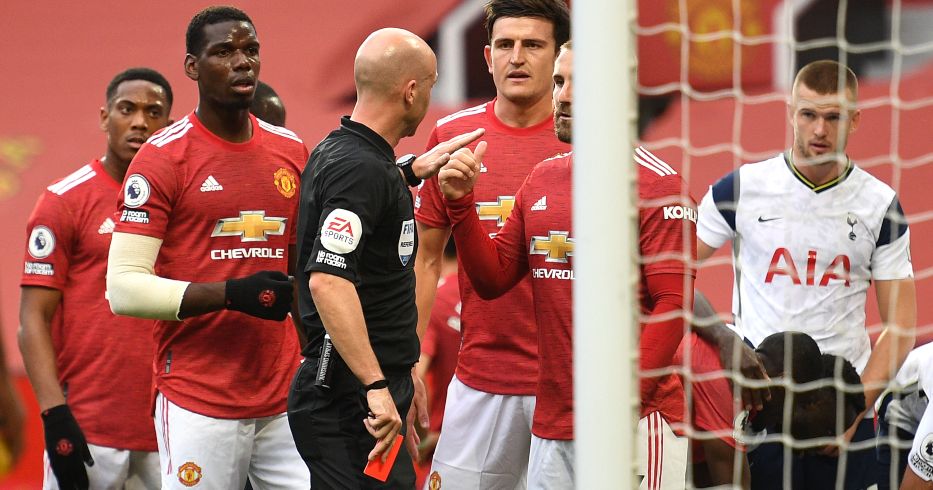 “It was our third game and we didn’t look anything like… and we got conned into a red card and that’s something that we have to be aware of.

“We can’t react like this because we know that in games there’ll be situations where you’ll be wound up and we’ve learned a lot from that.

“I’m sure we’ll have a better performance this time around.”

Solskjaer is hopeful Marcus Rashford and Luke Shaw will be fit for Sunday’s match, when nullifying sharpshooter Harry Kane will be key.

“When you’re playing against one of the best centre forwards in European football, of course it is something that we prepare for,” the United boss added.

“I think every team when they play Tottenham, or England, you know Harry Kane’s qualities. But we prepare the defenders for every single opponent.

“The season that Son (Heung-min) and Kane have had, their relationship is one of Tottenham’s strengths and they have got other quality players that we have to be aware of.”