Home Manchester United Solskjaer admits: ‘I commit a crime every time I pick a team’ 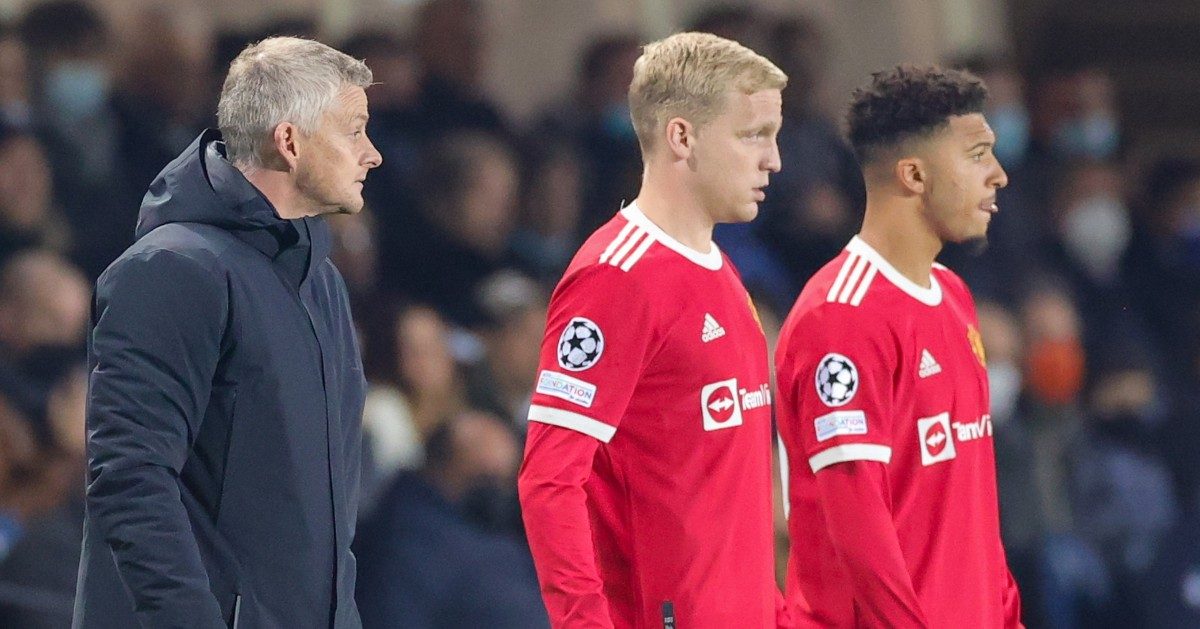 Solskjaer had the narrative wrestled away from his struggles yet again by Cristiano Ronaldo against Atalanta in the Champions League.

The Portuguese scored in stoppage-time of both the first and second halves to salvage a 2-2 draw and keep Manchester United in control of their group.

They are top, level on points with Villarreal, two ahead of Atalanta and four clear of Young Boys.

But the general performance was once again poor as the improvements made against Tottenham the previous weekend dissipated in Bergamo.

Paul Scholes felt his former side was “all over the place” when Raphael Varane was substituted due to injury, while Paul Pogba’s disappointing display was savaged by pundits.

Solskjaer made a couple of changes to his starting line-up, bringing Marcus Rashford and Pogba in for Edinson Cavani and Fred, retaining the back five that paid dividends in north London a few days prior.

He defended his calls to once again bench Jadon Sancho and Donny van de Beek, who were both brought on in the 87th minute as the visitors chased an equaliser.

“Jadon will come good. Jadon has got a great work rate and attitude and quality. I thought he was really sharp when he came on.

“I’ve had so many people coming up to me and giving us support and of course both home and away you do feel that support for the team and me personally.

“It’s a great feeling and I’ve had it since I’ve played. They know that all we want is for the team and the club to do well. I do appreciate it and it makes you humble and you want to do your best.”

The injury to Varane, who was brought off for Mason Greenwood on the stroke of half-time, comes shortly after his return from a knock on international duty with France.

“First look at it, is he felt his hamstring,” Solskjaer said. “We have to look at him tomorrow.

“But he felt his hamstring as he ran tightening up. So he didn’t want to risk anything. First assessment doesn’t look good but we’ll assess him again tomorrow and fingers crossed.”