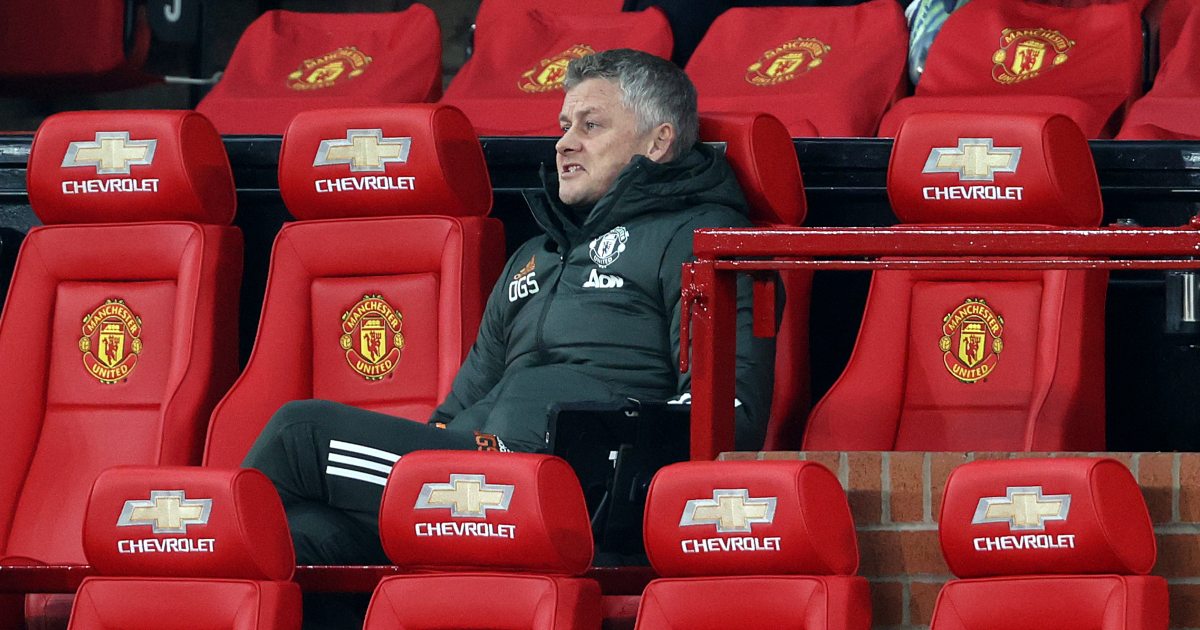 Trophies are for egos, says man who was a ‘winner’ when he said otherwise in 2019. Oh Ole Gunnar Solskjaer. But first, some Chelsea…

‘Chelsea’s six-strong £230million summer recruitment drive did not bear fruit in time to spare Frank Lampard the sack in January.’

Mystery machine
‘Perhaps the one mystery is Ben Chilwell, who cost £50m odd, excelled under Frank Lampard, yet seems very much second choice with his successor’ – John Cross, Daily Mirror.

Have you seen Ben Chilwell play at wing-back? Mystery solved.

Pesky facts
Elsewhere in the Daily Mirror, Brian Reade begins a short piece on Mikel Arteta by writing that ‘Arsenal’s 2021 form is top-four standard’. We hate to be those dicks (we don’t) but it’s actually top-six standard. Just. Honestly, why would you not just check?

Shock and bore
Lord knows why The Sun have a back-page headline of ‘Cav ‘n Ant KO shock’ when there is literally zero ‘shock’ that two players who missed a Premier League game four days ago are still injured now. Oddly, the same story entirely fails to mention that both Donny van de Beek and Paul Pogba are available again.

A cynic might suggest that Neil Ashton’s old buddies are getting their excuses in early.

Trophies Schmophies
On the inside pages, Neil Custis covers Ole Gunnar Solskjaer’s claim that winning trophies can sometimes be “an ego thing” that papers over the cracks of poor league form and nods along, writing:

‘Indeed, while Van Gaal won the FA Cup five years ago he was sacked after finishing fifth in the league with a dull style of football.

‘Mourinho won both the Carabao Cup and Europa League in 2016-17 but finished sixth in the league.’

Hmmm. So it must have been a different Neil Custis who told Sunday Supplement in August 2018:

“The criticism of Jose Mourinho has been way over the top, miles over the top for what I think he has done at Man Utd. Liverpool and Spurs fans are rubbing their hands – he has won more trophies in one season than they have in 10, 12, 15 years.”

They’re definitely getting their excuses in early.

…pointed out Solskjaer’s response when asked about Mauricio Pochettino’s controversial January 2019 comments that winning silverware “only builds your ego”. Here it is in all its glory but we have picked out some highlights:

“I am not here to discuss what Pochettino says and what other managers say. But we are about winning trophies, of course we are.

“We can’t win the league this year, we are still in the Cup – we are going to try to win the FA Cup.

“If you win trophies that’s a fantastic day for everyone in the club. The best time of your life is that day when you win because you never know when the next one is going to come.

“I am just saying that we here at this club, we are looking to win trophies.”

Solskjaer was heralded as a ‘masterful man-manager’ for those comments.

Two years and no trophies later, suddenly they’re really not that important after all. Funny that. 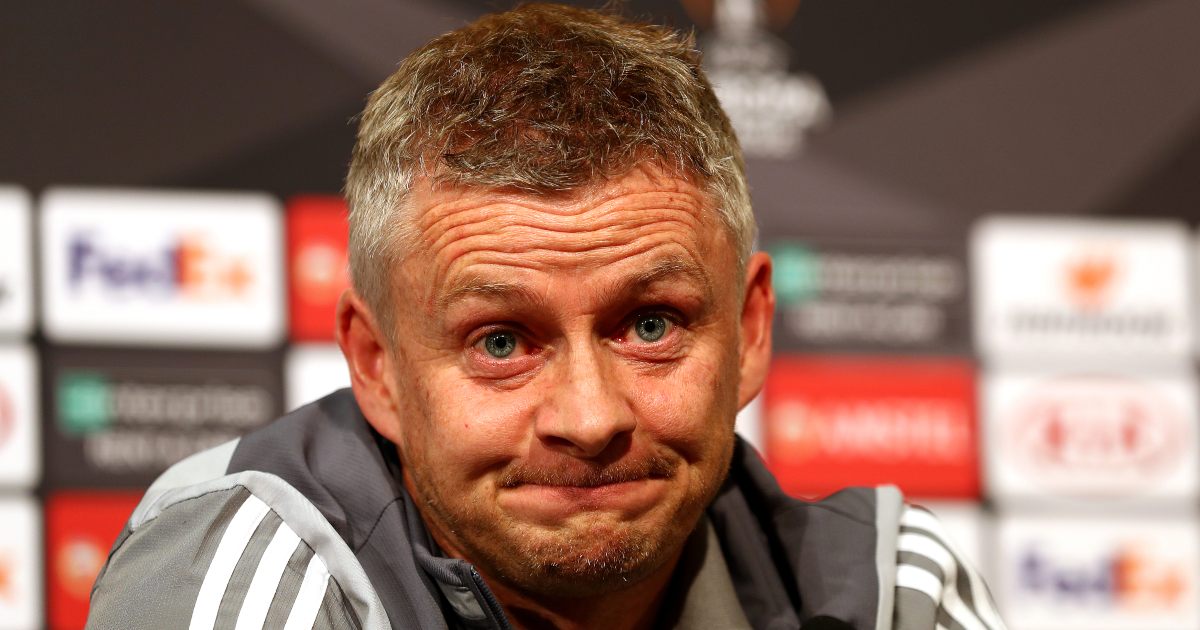 Can you dig id?
Of course, the ‘masterful man-manager’ line was in the Manchester Evening News and it is worth revisiting that piece again.

‘Readying his players for a championship challenge next season’ is absolutely marvellous; the next season they finished 33 points behind champions Liverpool.

‘In fairness, ‘being consistently in the top four and playing in the Champions League’ ticks the Glazer siblings’ boxes. Only the incumbent United manager will not settle for that and nor will Solskjaer’s followers. That includes the United players.

Oh dear. Time has not treated those words well.

So how have the Manchester Evening News greeted the news that Solskjaer belatedly (after two years of no trophies) agrees with Pochettino that actually, trophies really are just for the ego after all?

And a dig at 2019 Ole Gunnar Solskjaer? A therapist would have a field day.

Swiss rolled
‘PFA under further scrutiny as concerns mount over Maheta Molango’s suitability and the selection process that has led to him being chosen to succeed Gordon Taylor as chief executive’ is the MailOnline headline, but it becomes clear very quickly that the only scrutiny is coming from the Mail itself.

Molango is described as ‘the former Brighton striker’; at no point in several hundred words do the Mail include the fact that he is also a lawyer, which seems rather more important as a credential.

They do include that ‘a significant gripe is that Ebru Koksal, a member of the selection panel, spoke alongside Molango at the World Football Summit in 2019′. Indeed, they did both speak at the World Football Summit in 2019, along with 108 other speakers. Oddly, he is billed on their website as the Real Mallorca CEO rather than ‘former Brighton striker’. They also note that he ‘holds law and political science degrees, an LLM in international law and is a member of the Madrid and New York bar association’. It sounds impressive.

But the Mail has other information: ‘He is Swiss, and some have raised concerns he may not have the same level of understanding of the organisation’s membership as a Brit — although the 38-year-old did spend a brief period playing in England’s lower divisions.’

Ah. Now we are getting there. He’s not British and that is clearly the major sticking point.

‘Molango has no experience of dealing with English football’s key stakeholders, leading to worries over his ability to ensure the organisation is properly funded.

‘Alarm was raised further when, two weeks after leaving his position as chief executive of Real Mallorca in 2020, Molango was reported to have been questioned — although not charged — amid a money-laundering investigation into agent Fali Ramadani.’

Pardon us while we consult the Daily Telegraph here:

‘Shortly after leaving, it was reported in Spain that Molango was questioned as part of an investigation into the Albanian agent Fali Ramadani and an alleged money-laundering scheme. It is understood that he was one of various ex-players or club executives who were questioned as witnesses and no legal charges were brought against him.

‘As a witness’ seems pretty relevant there.

Mediawatch has absolutely no idea whether Maheta Molango will make a good PFA chief executive. But neither does the Mail, though you would not know that from their coverage.