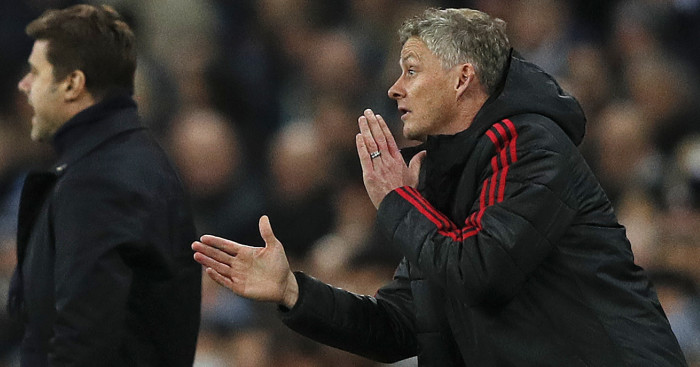 Ole Gunnar Solskjaer seemed to take a dig at Jose Mourinho over his tactics following Manchester United’s 1-0 win over Tottenham.

The victory at Wembley meant that Solskjaer has now won his first six matches in charge since being appointed caretaker manager at Old Trafford in December.

The Norwegian replaced Mourinho after the Portuguese boss reportedly lost the dressing room after a run of poor results.

Mourinho was criticised throughout his time at United for his negative tactics, while Solskjaer’s style has been focused on attacking with 17 goals scored in his six matches.

When asked by former team-mate Teddy Sheringham what he needed to change when he was appointed, Solskjaer told Astro SuperSport: “The first thing is to smile when you’re at Manchester United because when it’s over you do miss it.

“It’s about attacking, about pace, about power.

“I know we [nodding to Teddy] didn’t have the best of pace but we still attacked.

“That’s what Manchester United are built around – attacking football and going forward. Not stupid square and back passes.”