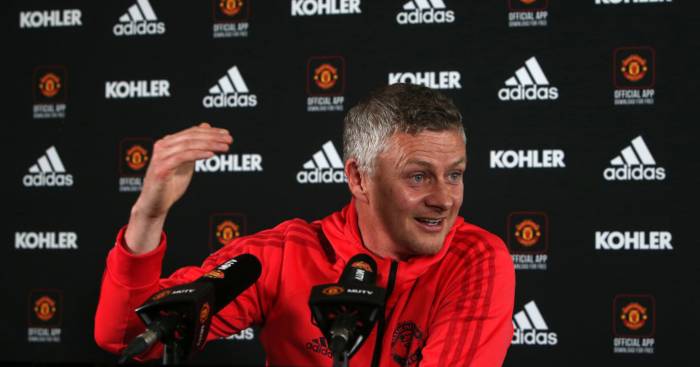 Ole Gunnar Solskjaer will not be resting David De Gea after the Manchester United goalkeeper’s latest blunder for the second goal in their derby loss to Manchester City.

Second-half goals from Bernardo Silva and Leroy Sane took City back to the top of the league with a 2-0 derby win, one point clear of Liverpool with three games left to play, and highlighted the gulf in class between United and the Premier League leaders.

Former United keeper Gary Bailey wrote on Twitter on Thursday that Sergio Romero should be given a run to allow De Gea to rediscover his form after a number of high-profile mistakes, but Solskjaer disagrees.

De Gea has been an absolutely amazing keeper for United, but perhaps time now to give him a rest and let him rediscover his mojo… we have a more than capable replacement in Argentinan international Sergio Romero !! pic.twitter.com/UeGnbzMB3h

“No, not at all,” he said. “Because I trust David. He’s, for me, been the best player United have had for the last six, seven years.

“He’s been absolutely outstanding. Going through tough patches is just part of a footballer’s career. David will be fine, no worries.”

On whether contract talks have distracted De Gea, Solskjaer added: “That’s something you have to deal with as a footballer, it’s a situation, David’s coming in every single day doing what he should be doing.”

On United sticking together as they hunt down a Champions League place, Solskjaer continued: “They’ve all seen the reality the last few weeks where we’re at, if you look at the team total points last five seasons, I don’t know if you can give me that average, and the total points is 70 for average, we’re now on 64.

“That’s where we’re at, the reality where we’ve been the last five seasons and that’s not good enough, that’s not down to the last six seven or eight games, that’s where we are. We have a great challenge ahead of us.”