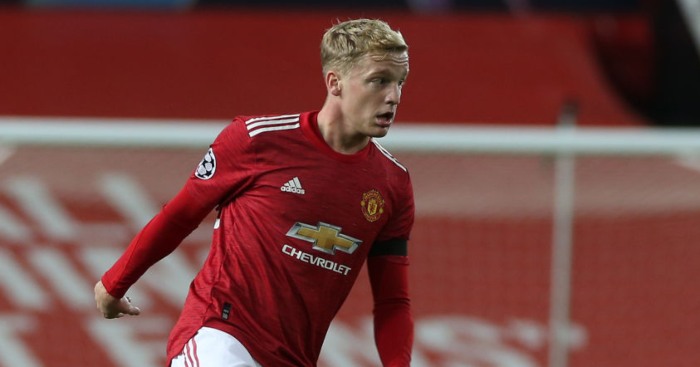 “I play everywhere on the midfield,” said Donny van de Beek when quizzed about his favoured position after making the summer switch to Manchester United. “Last season I changed a lot, sometimes a number 6, number 8, number 10. It doesn’t matter so much, but I think one of my strengths is to come in the box and score goals, making assists.”

Two things stand out. First, “it doesn’t matter so much”. It’s anathema to the English footballing obsession with ‘nailing down a position’ and ‘knowing your best team’ but this is the Ajax way; this is totaalvoetbal. It takes superior footballing intelligence and instinct to seamlessly switch positions and to be equally comfortable anywhere across the pitch, but in England we are traditionally uncomfortable with such versatility and talk disparagingly of ‘utility players’, as if being useful is a curse. Van de Beek is here to change our minds.

The second interesting part of that quote is that he sees his greatest strength as an attacking player – and that’s certainly how he made his name in that run to the Champions League semi-finals, as the most advanced of three midfielders – which prompted us to wonder how he would fit into a United team that already boasts one of the most devastatingly effective No. 10s in Europe. United do not really need that version of Van de Beek because they already have a player who has scored nine goals in 13 games this season, a player so prolific that he can spurn a possible hat-trick to gift a goal to a man who needed it more.

Bruno Fernandes had already hit one devastating half-volley and then seamlessly switched from the sublime to the ridiculous with a simple finish after a goalkeeping error; such is his domination of United’s attacking statistics that he does not even need assisters to his goals. But away from the Gs and the As against Istanbul Basaksehir was the intelligent, mature, thought-provoking performance of Van de Beek. He was secure on the ball without falling into the safety-first trap and forward-thinking without being reckless. United fans have been starved of such central midfielders, being forced to convince themselves that passionate headless chickens were at least preferable to classier, lazier alternatives.

Coming three days after a United midfield of Nemanja Matic and Fred struggled to break down West Brom and left us wondering what on earth this side would be like without Fernandes, Van de Beek showed us and Ole Gunnar Solskjaer an alternative. A player who has not even played a total of 90 minutes in the Premier League could be the answer to the ongoing problem of a United side that too often looks devoid of ideas and movement in domestic competition, if only Solskjaer dare use him. And yet there is nothing luxury or lightweight about Van de Beek, who has the strength to roll past pressure and make his own tackles.

United struggled for composure after a rash of substitutions and watching Van de Beek play almost as deep as his centre-halves prompted Solskjaer to bring on Matic and push the Dutchman further up the pitch. He must now hope that his manager remembers the first hour – his finest in a United shirt – and starts to see him as a genuine, technical option in the middle of the pitch rather than merely an understudy to the undroppable Fernandes.