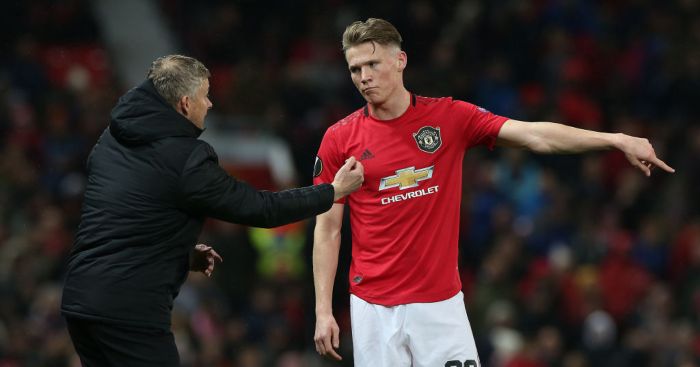 Ole Gunnar Solskjaer has been told he “cannot” play both Scott McTominay and Fred in midfield if he wants Manchester United to challenge for the Premier League title.

The duo impressed in the win over Everton on Saturday, laying the foundation for Bruno Fernandes to inspire them to a 3-1 win at Goodison Park.

It was much needed relief after a turbulent week which saw them lose to Arsenal and Istanbul Basaksehir.

MAILBOX: All the reasons Arteta stands out and why Ole gets an easy ride…

But Jimmy Floyd Hasselbaink claims the pair are too defensive a partnership for United and insists Solskjaer’s side will never challenge for the title with them both in the team.

“He did get a reaction. They did play better after Everton’s 1-0. I just think that they have problems in the team,” Hasselbaink told Premier League Productions.

“That’s not a Manchester United team is it? Two defensive midfield players, going to Everton where you should have more attacking players on the pitch, especially Pogba.”

Ian Wright believes the duo are picked as they are more reliable than Pogba.

Hasselbaink added: “I agree with that for now but longer term you cannot have Fred and McTominay in your team to become champions or to challenge for the championship.

“For now maybe the games that he needs to defend the back four a bit better to give them stability but long-term? That’s not a Manchester United way.”