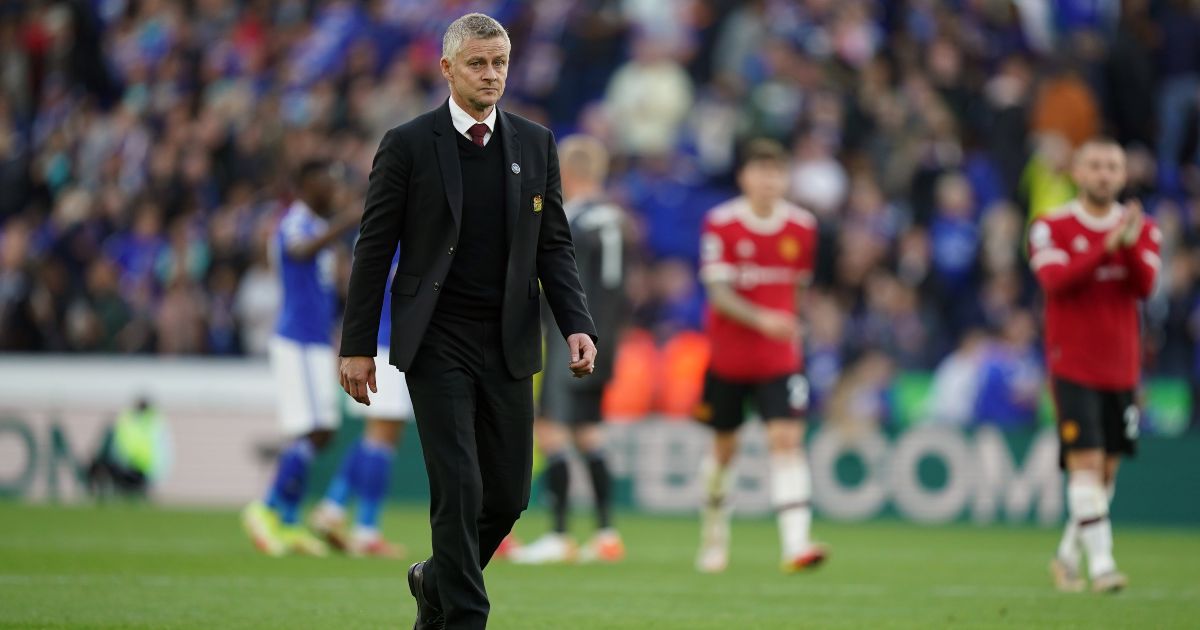 Ole Gunnar Solskjaer says criticism from Jamie Carragher is “not going to change” his “values” at Manchester United.

Former Liverpool defender Carragher and Gary Neville spent a while discussing the future of Solskjaer at United last night and how his team were doing this season.

Solskjaer is coming under increasing pressure with his side only winning two of their last seven matches in all competitions.

United have a very tough run of fixtures coming up and many of their supporters are fearing the worst, with Liverpool, Tottenham and Manchester City their next three Premier League matches.

Carragher suggested that Solskjaer should be sacked at the end of the season even if the Red Devils win a trophy this campaign.

Reflecting on Carragher and Neville’s comments on Sky Sports’ Monday Night Football, Solskjaer said: “I prefer not to watch them two!

“It doesn’t affect me, you see some of the comments once in a while. Of course we’ve got Liverpool this weekend… I’ve got my values as long as the club believes in me. Jamie Carragher’s opinion is not going to change that.”

OGS on Jamie Carragher comments: “It doesn’t affect me. Of course you see some of the comments. Liverpool on Sunday, Jamie is looking at these little things. I believe in myself.”

The Man Utd boss added: “Liverpool on Sunday, Jamie is looking at these little things. I believe in myself.”

United host Atalanta in the Champions League group stage on Wednesday night and when asked about the threat posed by the Italian side, Solskjaer continued: “I’m very impressed by the Atalanta way.

“The style the play with, the way they develop players, their results, and then their manager, who is clearly very strong and he wants his team to play in a certain way.

“We signed Amad [Diallo] from Atalanta and we have watched them quite a lot. It is a team with an attacking philosophy, which most football lovers like. They will cause you problems with good individual players.

“Amad trained with the team before the Leicester game and he is continuing his rehab. He will probably play for the U23s soon, when he is ready. His development has been exactly what we want, he is learning the language well and how we play. He is strong on the ball but the injury was bad timing.

“We will have to make a decision before Christmas whether he will stay here and play, which is a possibility, or if he will go elsewhere and then come back in the summer.”