Home All The News Solskjaer claims Henderson, De Gea both ‘happy’ to be a sub 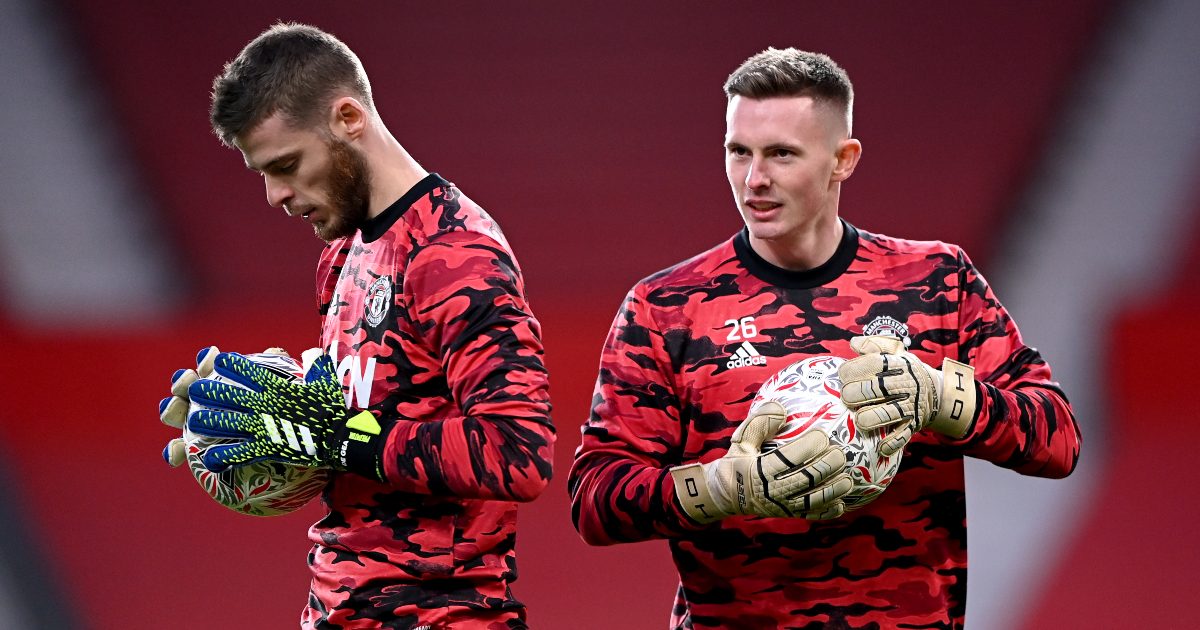 Manchester United boss Ole Gunnar Solskjaer has claimed that Dean Henderson and David De Gea are both “happy” to be on the bench.

De Gea has been United’s number one since he joined them at the start of the 2011/12 campaign. He came in to replace Edwin van der Sar who retired at the end of the previous season.

The Spaniard did not hit the ground running straight away but he grew to become one of the best ‘keepers in world football.

More mistakes are creeping into his game of late, though. This has put his number one spot in jeopardy.

Henderson returned to the club ahead of this season on the back of two successful seasons with Sheffield United.

The Englishman has his eyes set on establishing himself as Man United’s number one. He has played over De Gea in recent weeks and he is yet to put a foot wrong.

Speaking ahead of their Europa League trip to Granada, as cited by BBC Sport, Solskjaer suggested that the competition for the number one jersey is healthy:

“Every time I try to explain to players why they aren’t playing, those discussions remain private,” said Solskjaer.

“David [De Gea] has been a top keeper and is still a top keeper. I’m very comfortable playing with David or Dean and I’m pleased that either of them are happy to be a sub.

“When you’re a part of Man United, there will always be players that come in and they’re not just there to fill the squad.

“I was there as a striker when we signed loads of top strikers like Rooney, Sheringham, Yorke. But I wanted to show the manager that I still had a role to play.

“David [De Gea] has had 10 fantastic years at Man United. Sergio [Romero] probably played less games than he deserved. Dean comes in and he wants to play. It’s a healthy competition.

“The goalkeeping departments are a very tight-knit group. They stay together more and form a bond.

“The spirit in the keeper department has been top. All of them want to play and that includes [Lee] Grant, [Nathan] Bishop and Romero.”