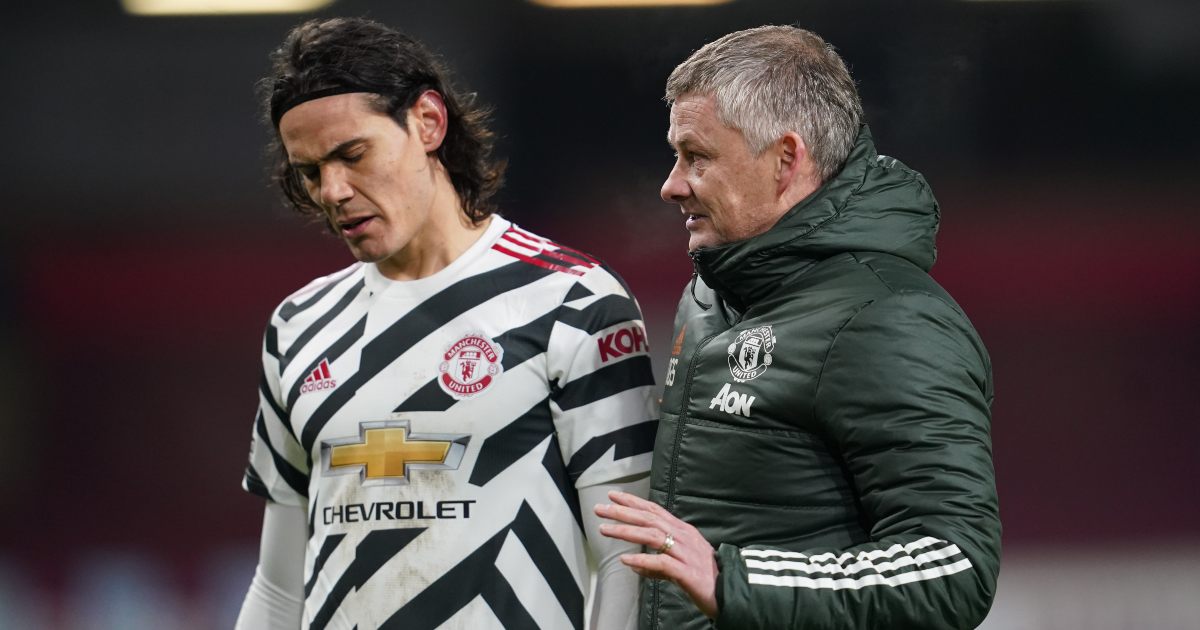 Ole Gunnar Solskjaer says Manchester United have to focus on realistic and responsible business as they continue to rebuild amid the coronavirus pandemic.

Next Monday marks a year to the day since Old Trafford last welcomed fans, with a full house roaring the hosts to a 2-0 derby victory against rivals Manchester City.

United have not beaten a traditional ‘big six’ rival in the Premier League since and Solskjaer’s second-placed side already look out of the title race with 12 matches remaining.

FEATURE: Every Premier League club’s most-used Plan B off the bench…

The Norwegian knows there remains work to do if they are to bring success back to the club but the coronavirus-shaped backdrop has impacted things.

“It’s definitely affecting everyone in football, the pandemic,” he said. “Of course the lack of income, the finances that have affected everyone and it might affect us all well.

“There’s improvements on the training ground, stadium. We just have to look at the whole picture.

“Where can we spend the money? And how much is there? It’s just the real world now. It has changed.”

Asked if it becomes extra difficult to rebuild when you do not have what you normally have available, Solskjaer said: “You can look at it different ways (with a) rebuild.

“We also have players in the academy that we now can maybe give opportunities to.

“Of course, all clubs in the world are going through the same situation so it’s no different for other clubs than for us.

“I think there’s just going to be less and less transfers happening in the world of football until this changes.”

United left their transfer business until late last summer, with free agent Edinson Cavani arriving on deadline day on a contract until the end of the season with the option of a further year.

The 34-year-old striker’s future remains unclear beyond the end of this campaign and talk about a long-term solution continues, with Borussia Dortmund star Erling Haaland regularly linked.

“We’re always looking to improve our squad, of course we are,” Solskjaer said.

“I would never ever start to think the way you think on Edinson turning 35 next year because he’s just turned 34.

“You and I have different mentalities – that’s a completely different way of thinking.

“And I always say that Mason (Greenwood), Anthony (Martial), Edinson… when we can really get them really firing that means we’re a very good team.

“But we’re always looking at better players, of course we are.”

Cavani is in line to return from a muscle complaint against Crystal Palace on Wednesday, just days after United’s contentious goalless draw with Chelsea at Stamford Bridge.