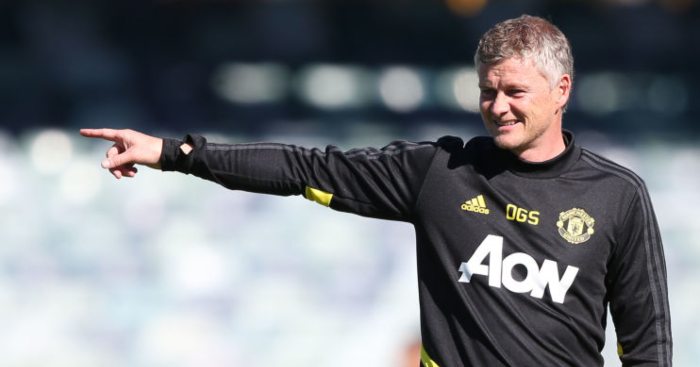 Sir Alex Ferguson transformed Ole Gunnar Solskjaer into a winner, and the current Manchester United manager intends to do the same with his players during his rebuilding process.

Solskjaer, a 1999 treble hero, was the surprise appointment as caretaker manager but his record-breaking temporary stint earned him a permanent chance to shine in his dream job.

After landing that three-year deal, Solksjaer’s tenure then went awry, yet reflection and countless discussions have allowed him to “come up with a plan”.

“We talked about what is expected, what is required, the standards, what we have to do every single day,” Solskjaer said during his most in-depth interview as United manager to date.

“The little margins that get you wins. The little tactical tweaks. It is great being a group together from day one.

“We know the plan, and this is the way we are going to do it. We have agreed to that. The first couple of weeks have been encouraging.

“Of course, you always expect people to come in for the first couple of weeks with fresh energy and focus.

“They have not moaned – maybe that is a bad thing. Maybe we have not worked them enough.

“But I think we have just worked enough so we are fitter and maybe more robust when the season starts.”

On the patience required from fans, he said: “Well, you’ve got to be patient, you have to know that to build a team and rebuild a squad, it will take time.

“I am not going to ask for too much time because as the manager you’re also under pressure to get results straight away.

“Or maybe not results but maybe the way we want to play football, so I hope with the way we approach the games now, the fans will see what we’re trying to do, and the results will come.”