Solskjaer has confirmed that Paul Pogba's Real Madrid dreams will have to be put on hold. 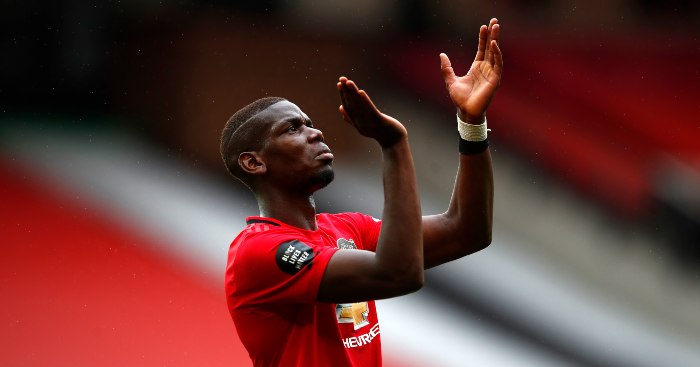 Ole Gunnar Solskjaer has confirmed that Paul Pogba has had his Manchester United contract extended and will remain at the club until the summer of 2022.

The midfielder’s deal was set to expire this summer, with the inevitable speculation over his future beginning to ramp up.

Rumours were fuelled by Pogba’s latest admission that it is his dream to one day play for Real Madrid.

“All football players would love to play for Real Madrid,” he said last week. “It is a dream for me, why not one day?

On the state of his United contract, Pogba added: “No-one has told me anything.

“I have not spoken to [United executive vice-chairman] Ed Woodward. We haven’t spoken about a new deal.

“At the moment, I am in Manchester and I am concentrating about getting back to my best form.

“I think there will be a moment when the club will come and talk to me and maybe offer me something, or not.”

And Solskjaer has now confirmed that Pogba will remain at the club until at least the summer of 2022 after United triggered the 12-month extension clause in his contract.

“Paul is our player, he is gonna be here for another two years,” he told reporters ahead of this weekend’s visit to Newcastle. “Paul is focused on doing his best for us. In the next couple of years I’m sure we’ll get the best out of him.”