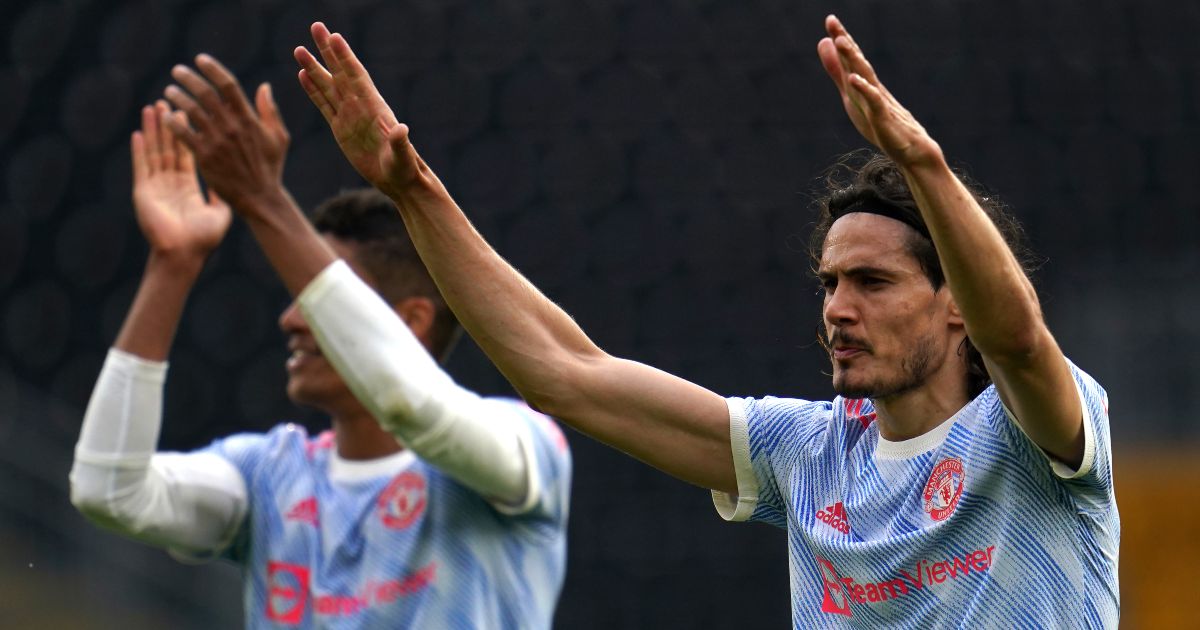 Man Utd boss Ole Gunnar Solskjaer has revealed that Edinson Cavani has returned to training and is part of the squad again ahead of their match against Aston Villa.

The 34-year-old has only played 37 minutes this season for the Red Devils but Solskjaer has confirmed he is now available for selection again.

“Edinson has joined in training fully after that game [on Wednesday] and he’s held his hand up and is ready,” Solskjaer told MUTV.

“Last season as well, he didn’t have a pre-season when he came here. He’s so professional and meticulous and, of course, we’re glad to now have him back training with us and in the squad.”

Solskjaer added: “We didn’t lose anyone on Wednesday night. It gives me selection headaches [smiles], which is what I’d rather have than the other way around. Sometimes you have to leave players out that you don’t feel deserve to be left out.

“But that’s the nature of the beast and we’ve got to make sure we are ready for every single game.”

Dean Henderson started in net as Man Utd lost to West Ham 1-0 in the Carabao Cup in his first senior appearance since recovering from long Covid.

And the England international will find it tricky to regain his number one spot after David de Gea made a brilliant start to the season.

On De Gea’s form, Solskjaer added: “He did call me in the summer to end his summer holiday earlier and come back and start his pre-season before, he wanted to be ready, the best possible version of himself.

“Last season was a challenging one, he didn’t play as many games because Dean came in and did very well. David has really worked, focused, physically and mentally he’s better and when you feel you’ve done the work, personal best, a few physical tests, it gives you more confidence and motivation.

“He plays behind a strong back four but to play in front of David when he’s in this form is good for them.”

On the Government’s safe standing trial, Solskjaer continued: “I know we are supportive, we wanna trial that, as long as the safety is in place, standing, for me, gives the atmosphere builds, when you stand up, you’re more passionate and emotional so I’m looking forward to that if everything goes to plan.”