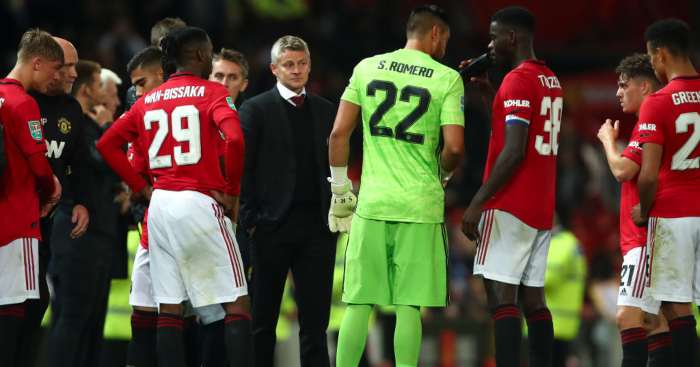 The Red Devils beat Rochdale on penalties in the third round of the Carabao Cup after the League One club equalised late on.

Solskjaer took the opportunity against lower league opposition to give a number of youngsters minutes.

Paul Pogba meanwhile, was back playing for United, and immediately back in the sports pages… of course.

The Norwegian explained on Thursday his reasons for snubbing more experienced players like Pogba, in giving the armband to Tuanzebe.

And the Daily Mail claims that Tuanzebe’s appointment as captain ‘raised eyebrows in some quarters of the dressing room and was not met with universal approval’.

Reacting to his first match as captain, Tuanzebe said: “Dreams do come true. I was literally getting ready to stretch and loosen up and Mike Phelan just came and said to me: ‘Are you ready to go and see the referee’.

“I had goosebumps as I was walking out. It is something I have been working on for a long time and the moment finally came.