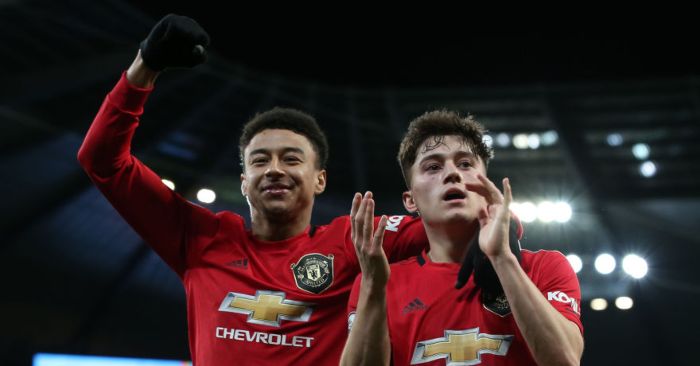 Ole Gunnar Solskjaer is relieved to have Jesse Lingard “back to his old self” at Manchester United.

Lingard has come in for intense criticism throughout his Old Trafford career, particularly through his current spell of no Premier League goal or assist since last January.

That run continues but Lingard was notably improved against both Tottenham and Manchester City last week, playing a crucial role in two surprising victories.

The latter match even marked the first time he has had more Premier League shots on target than Ben Foster this season, so that’s something.

Solskjaer was happy to see that the 26-year-old has emerged from a difficult period.

“It’s great to see him back. He’s Man United through and through. He’s a Red, he’s got a great attitude and a great work rate.

“You can criticise anyone about anything, that’s the privilege some people think they have. For me as a manager, I have to look after these boys in the good and the bad times.

“It’s great to work with him. I had him in the reserves, I gave him his debut in the reserves against Burnley. It’s good to see him back to his old self.”