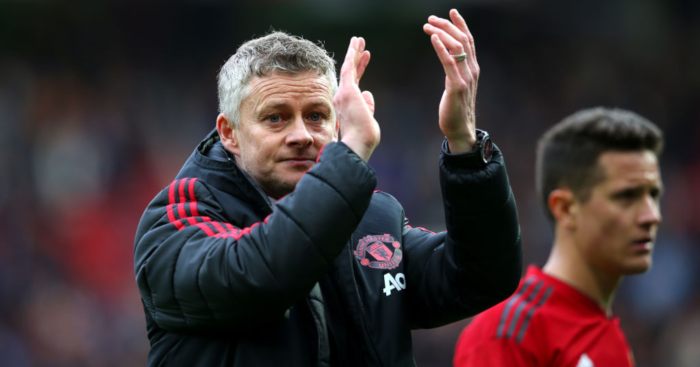 Ole Gunnar Solskjaer dismisses David de Gea’s mistake in Manchester United’s 1-1 draw with Chelsea on Sunday as “one of those things”.

United’s three-game run without a goal was ended 11 minutes into the clash with Chelsea at Old Trafford as Juan Mata scored on his 31st birthday but another goalkeeping error allowed Marcos Alonso to equalise two minutes before half-time and the game ended 1-1.

Antonio Rudiger’s speculative 35-yard shot was Chelsea’s first effort on target and it should have been comfortable for De Gea but the Spaniard spilled the ball at Alonso’s feet and he guided it in off the far post.

Solskjaer had given a firm rebuttal on Friday to suggestions he could take De Gea out of the firing line after a costly mistake against Manchester City on Wednesday.

When asked after the draw with Chelsea whether he thought he should have left out De Gea, Solskjaer told the BBC: “No. David has been a fantastic keeper at this club, his reaction after City was good and I was confident in him. He knows he could do better with their goal but it’s one of those things again.

“We did the same against City and started well but today we never found our rhythm again. We needed the tempo to be higher, with a higher intensity but we never managed to get that.”

The draw means United remain three points behind fourth-placed Chelsea with only two games to go and with a substantially inferior goal difference.

Solskjaer added: “You never know, we felt we needed to win this game. The boys started fantastic, created chances, got in behind and got the lead and then second half we never managed to get the quality and tempo back up again.

“It was a good game of football, both could have won it but probably a draw is fair result. They’re probably more happy than we are with the draw, it’s one of those days and we must dust ourselves down and win the next two – you never know as points are being dropped left, right and centre.”