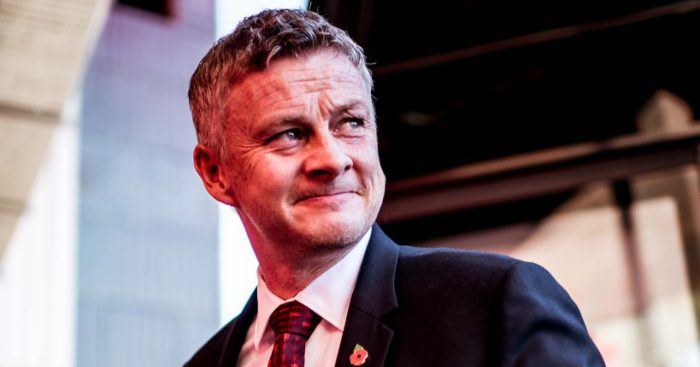 Manchester United boss Ole Gunnar Solskjaer ramped up his interest in Red Bull Salzburg’s Erling Braut Haaland by sending his ‘personal scout’ to monitor the striker, according to a report.

The United boss has been coy when asked about the 19-year-old previously, although in September he admitted: “It was nice watching the game last night, it was great watching him. Everyone is excited by his development.”

Solskjaer is familiar with the forward having given him his first taste of senior football when in charge at Molde and his 26 goals in 18 games this season have apparently persuaded him that his Norwegian compatriot is the right man for United.

Norwegian newspaper Dagbladet claimed on Thursday that Solskjaer wants to push ahead with a move for £86million-rated Haaland and United officials have put the wheels in motion and are working out how much to offer for the player.

And The Athletic bring us an exclusive on Friday that says Solskjaer is so keen on the striker that he has ‘asked Simon Wells to specifically monitor the 19-year-old’.

Wells has been ‘dubbed his personal scout’ and formed a good relationship with Solskjaer while he was a scout for United out in Scandinavia.

Solskjaer ‘recently promoted to him a senior role in their recruitment structure’ at United with the boss picking ‘trips and missions for Wells’ to undertake.

The Athletic adds that Haaland is ‘now a firm long-term objective’ as the Red Devils look for ‘reinforcements up front both in January and next summer’.