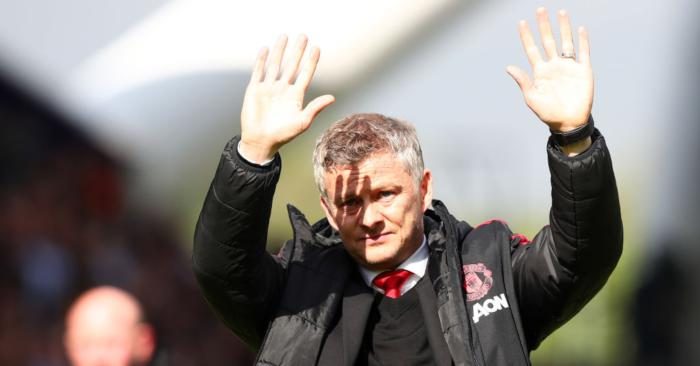 United’s hopes of securing a Champions League place were dashed after Sunday’s 1-1 draw at relegated Huddersfield. The time is now to end the story of this charmless Manchester United.

“We gave ourselves a chance to be in the Champions League, something we didn’t think was possible,” Solskjaer said.

“You could say we lost the opportunity (on Sunday), but that’s not the case – it’s been all through the season. It’s not been good enough.

“We had so many opportunities to grab third or fourth. We weren’t able to. So it’s probably the right place for us, the Europa League, next year.”

The point left Solskjaer’s side four points behind fourth-placed Tottenham with one game left, with a sixth-place finish behind Arsenal appearing likely.

“Effort and attitude was not the problem,” Solskjaer said. “The players were running and trying. We just weren’t good enough. That is the problem.”

Solskjaer is aware it could get worse for his side as he referred to the possibility of them having to play in a Europa League qualifier should Watford beat Manchester City in the FA Cup final.

A Watford win at Wembley would send them straight into the Europa League group stage and leave United facing a qualifying match on July 25, the same day they are scheduled to play Tottenham in a pre-season friendly in Shanghai.

Pogba’s first-half header was pushed onto the crossbar by Huddersfield goalkeeper Jonas Lossl after McTominay had given United an eighth-minute lead.

But Huddersfield were allowed to force their way into the game in the second period and Mbenza hauled them level on the hour-mark before Pogba hit the crossbar again in the closing stages with a shot from outside the area.

Huddersfield halted a run of eight straight defeats under boss Jan Siewert, who felt vindicated for sticking to his philosophy.

“I always say I believe what I am doing,” the German said. “It is tough to change a playing idea during such a season.

“It was important we stuck to it and showed it is possible against such a tough opponent. We wanted to give something back to the chairman and the fans.”

Town chairman Dean Hoyle is in the process of selling the club to lifelong Terriers fan Phil Hodgkinson, and Siewert paid tribute to the club’s popular out-going owner.

“He is an incredible person,” Siewert added. “He was one of the reasons I signed for this club and the legacy he leaves here will be carried on. I am really sure it will go on.”