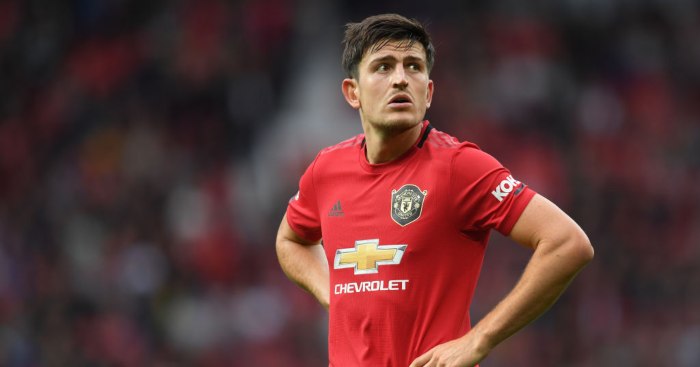 The England international impressed in the 4-0 victory over Chelsea in the opening Premier League weekend after his record-breaking £80million move to Old Trafford.

Reports today claim Maguire has already established himself as ‘leader’ in the Red Devils’ dressing room and Solskjaer admits he is “very good to have around”.

On Maguire, Solskjaer told reporters: “He’s very level headed, just as composed off the pitch as on it, experienced a big presence around the place, smiling, a personality you like to have around and cool head at the back is important.

“Defenders level headed and not emotionally affected is great for a manager and the team, he’s been very good to have around.”

On United‘s mentality, Solskjaer added: “We’ve had a good pre-season, fitness is better, we’ve got a young team that will give us energy and then toward end of last season we were mentally tired now mentally fresh.

“I’m looking forward to the first hurdle, the resilience robustness, bouncing back when the going gets tough and I’m sure it will be on Monday.

“Wolves will give us a hard challenge, just as much a mental test, we’re in a good place at the moment and when you hit the first hurdle and obstacle you want to see the leaders, anyone can play well when you’re winning 3-0 or 4-0.”