Home Mediawatch Solskjaer: From ‘Zidane-style’ to ‘naive’ in three weeks… 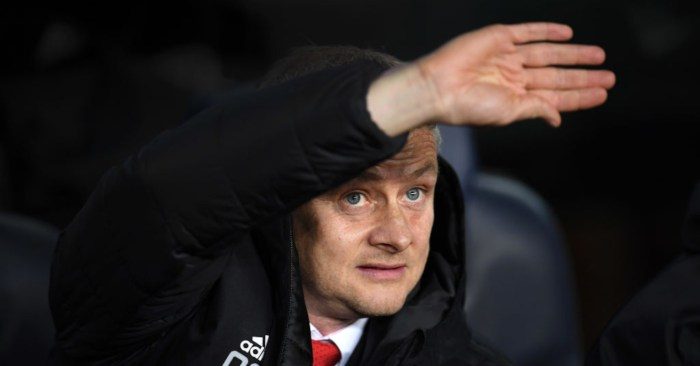 C-c-c-called a u-turn
We were expecting it, of course, but the about-turn by Neil Ashton in The Sun on Ole Gunner Solskjaer must have given him whiplash.

Here he was less than three weeks ago when Solskjaer was given the job (on the back of two defeats, remember):

‘The results have been nothing short of spectacular. This is a Zinedine Zidane-style appointment, Solskjaer’s standing increasing the sense of belonging.

‘United, the club where he won six Premier League titles, two FA Cups and, famously, the Champions League in 1999, is home again.

‘Now he has the keys to the place there is much to sort out. They are 16 points behind noisy neighbours Manchester City and 18 behind leaders Liverpool.

‘Knocking the Scousers off their perch, as Fergie famously set out to do in 1986, is the target once again.’

‘Solskjaer has given the players freedom, encouraging them to express themselves in a way associated with Fergie’s 13 title-winning teams.’

‘It is a throwback to the Fergie period, with United trying to clone their greatest manager with the appointment of one of his most studious former players.

‘Solskjaer has done everything asked of him, bringing stability and coaxing impressive results out of these players.

‘The FA Cup win at Arsenal and the late drama to beat Paris Saint-Germain was intoxicating. It is the United way. For that reason, Solskjaer had to get it.’

‘This is a Zinedine Zidane-style appointment’? The same Zinedine Zidane who won three consecutive Champions Leagues? And United were ‘trying to clone their greatest manager’? Crikey.

That was big talk, especially after those back-to-back defeats. But has Ashton finally learned that every football opinion does not need to change after every 90 minutes?

Well, no, obviously not. For this is Ashton on that ‘Zinedine Zidane-style appointment’, five matches down the line – two of which were against one of the finest teams in world football:

‘Ole Gunnar Solskjaer, 24 games into his career as manager, is in danger of getting found out.

‘This is five defeats in seven, the sort of run that would have people screaming for the Special One’s head to be served up on a platter.

‘Solskjaer, bless him, is being overwhelmed – the gung-ho approach, this up-and-at-’em, fastest on the draw football worked out in his first few weeks in charge.

‘It was all nicey-nicey then, with Ole at the wheel and all that fluff around the place. This was an embarrassment.

‘There is a naivety about United’s manager, with a mistaken belief that they could pull off another PSG-style miracle.’

Stop us if this sounds a little left-field, but is there any possibility at all that talking about ‘the United way’, an ‘intoxicating’ comeback and constantly referencing ‘a throwback to the Fergie period’ has contributed to the ‘mistaken belief that they could pull off another PSG-style miracle’?

And how ‘naive’ of a manager to consider his players capable of winning a football match that essentially only started with them one goal down. Should have spent his press conference writing them off, really.

Ashton, bless him, might be forced to present this week’s Sunday Supplement in a neck brace.

Five play full-back
Ashton’s Sun colleague Dave Kidd has taken the more sensible approach of blaming those who have made transfer decisions over the last few years, but Mediawatch cannot help thinking he has got a tad carried away:

‘There have been too many commercial poster-boy signings at United and certainly not enough full-backs.’

United have literally signed five full-backs in the last five years. They just haven’t been any good.

Poor Manchester United. Perhaps somebody could give them a number for a shelter. https://t.co/dJKkl5QGyk

Reader, they changed it.

‘The THREE Arsenal stars who must shine if Napoli are to be beaten’ – Daily Star.

‘Leeds star told he has FOUR games to secure a contract under Marcelo Bielsa’ – Daily Star.

Biggest claim of the day
But our favourite Daily Star headline does not include a number – though it does of course feature CAPITALS – on this fine Wednesday:

Well they are second-favourites and 2-0 up in their quarter-final; if Mertesacker thought they couldn’t WIN the Europa League, now that might be a sodding story.

OK, computer
But never mind the Champions League, what we need right now is a ‘super-computer’ to tell us how the Premier League table is going to look at the end of the season. And not just any old super-computer but talkSPORT’s ‘famous Super Computer’.

But forget the Super Computer because football.london have gone even further and consulted an ‘Ultimate Supercomputer’. Have they just found one in their office or have they invested? Let’s read on…

‘We’ve now collated an ‘ultimate supercomputer’ to predict how the final Premier League table will look on May 12.

‘We have extracted the data from three supercomputers from FiveThirtyEight, StarSpreads and FootballWebPages, adding up the total of all predicted points before dividing by three.

‘These are the numbers below, culminating in our ‘ultimate’ supercomputer.’

Mediawatch is pretty sure that you cannot ‘collate an ‘ultimate supercomputer”; what you have done there is collate a table. And since when did ‘writing down some numbers’ become ‘extracting the data’? Also, full marks for accurately explaining how to work out an average.

Cynicism aside, it turns out that ‘it’s great news for Arsenal’, who are predicted to finish fourth. Somebody needs to tell this ‘ultimate super computer’ that the Gunners have lost one of their two Premier League games in the last two weeks so that of course means they ‘may not have done enough to secure a top four spot’.

Not such good news for Burnley, mind: they are about to be docked eight points to finish 17th. Don’t blame us, blame the ‘ultimate supercomputer’.

Jonathan Liew on the contrasting mythologies of Barcelona and Manchester United