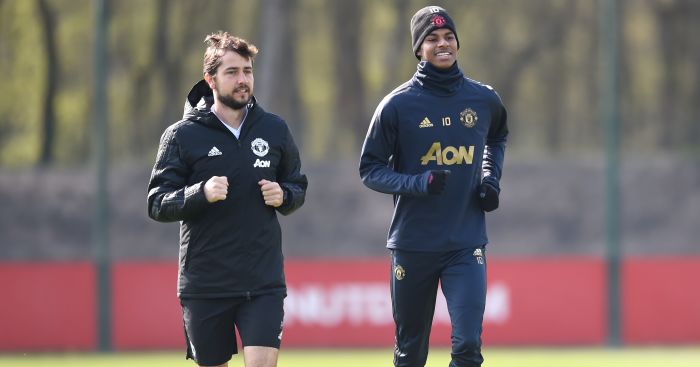 Nemanja Matic, Ander Herrera, Eric Bailly and Antonio Valencia were absent as the Red Devils trained on the eve of their Champions League quarter-final first leg against the Spanish side.

The quartet all missed last week’s Premier League loss at Wolves and were absent at the open section of Tuesday’s session at the Aon Training Complex.

Alexis Sanchez was involved as he steps up his return to fitness, but there are questions over Rashford after the forward started the session doing individual work following an ankle injury.

Solskjaer told a pre-match press conference: “He [Rashford] needed the extra warm-up and hopefully he won’t get a reaction. He joined parts of it (training) at the end. Let’s see tomorrow. Hopefully he’ll be ready.”

Solskjaer also confirmed Bailly and Valencia will miss out on Wednesday but revealed Matic could be available, while Herrera is likely to miss out.

“We still hope maybe that Nemanja can be ready, Ander is probably out and Eric and Antonio are definitely out,” he added.