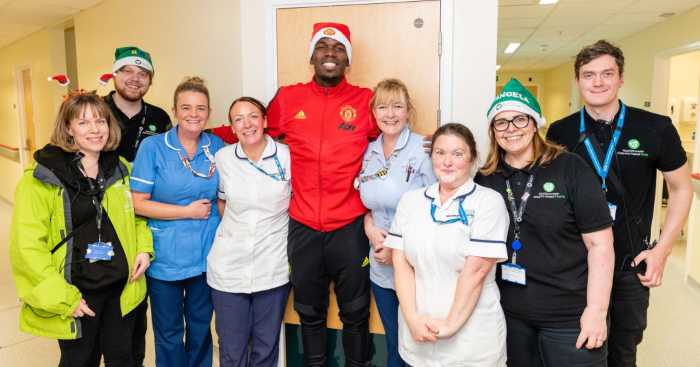 Ole Gunnar Solskjaer says Manchester United are still hopeful that Paul Pogba will be back before the end of the year.

The 26-year-old has not featured since September due to an ankle injury and returned to the north-west at the end of November after a spell of rehabilitation in Miami.

However, the matches against Tottenham and Manchester City came to soon for Pogba and Solskjaer says he is still not ready to play.

There were positive updates though over the fitness of United pair Nemanja Matic and Diogo Dalot.

“No, it’s too early yet,” Solskjaer said (via the MEN) when asked about Pogba‘s fitness.

“We hope [he will be back before the end of the year], he’s working hard to get fit so hopefully we can get him back on the pitch.

“Matic is fit and due to be involved, yeah. He’s just started training. Dalot? One day training, so it’s a bit too early for Diogo.”