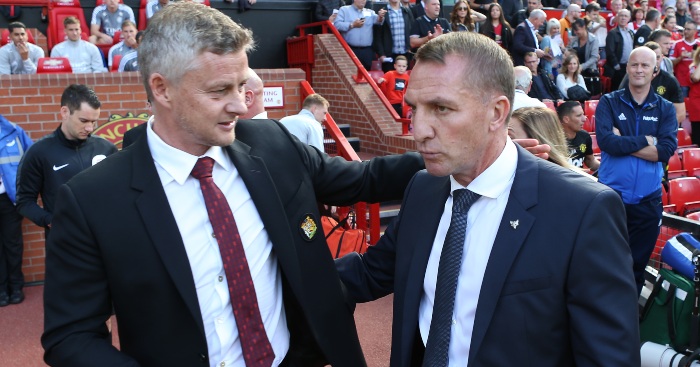 Manchester United boss Ole Gunnar Solskjaer picked out the performance of Harry Maguire for special praise in his side’s 1-0 win over Leicester City on Saturday.

The Red Devils took all three points at home to the Foxes courtesy of a Marcus Rashford penalty in the first half, which was won by former Leicester man Maguire.

Neither side could add any more goals as United edged out with victory and, speaking to BBC Sport after the game, Solskjaer was particularly pleased with how Maguire handled Foxes hitman Jamie Vardy,

“When you play against strikers like Jamie Vardy, you have to concentrate because if you mistime your run, he is in behind you and I thought Harry did well,” the manager said.

Solskjaer also praised his side for hanging on to claim all three points. He said: “We hung in there. It was the first time this season where we have had to defend for large periods. We have dominated the other games but today we saw a team that could defend in their own half.

“They are a good side who want to get into the top four. To keep a clean sheet is great but let’s not get too excited because we know we can play better. We defended as a proper team.”

United’s next game sees them take on Astana in the group stages of the Europa League on Thursday.