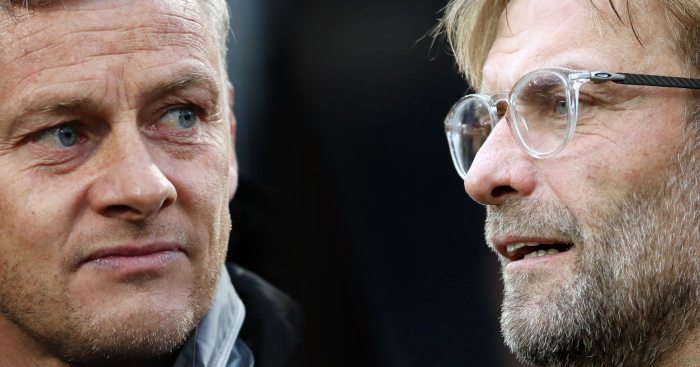 Ole Gunnar Solskjaer seemed to aim a dig at Liverpool ahead of their Premier League clash with Manchester United on Sunday.

The Red Devils currently find themselves 15 points behind arch-rivals Liverpool going into the match at Old Trafford.

If they win against United, Jurgen Klopp’s men could be eight points ahead of nearest challengers Manchester City at the top of the Premier League standings.

The last time Liverpool won a title was back in 1990 under Kenny Dalglish, with United winning 13 titles in the meantime.

“I am sure we will bounce back and win the league,” Solskjaer told Sky Sports.

“And I am sure it won’t be 30 years until the next Premier League that we do win.”

Solskjaer added: “A good performance and result for us here can turn a season. It can change players’ confidence, players’ mood, their perception of what is good.

“Maybe they haven’t really believed they are good enough at times.

“With a lack of confidence, you think twice instead of acting on instinct. But I know these players are good enough – no worries about that.”