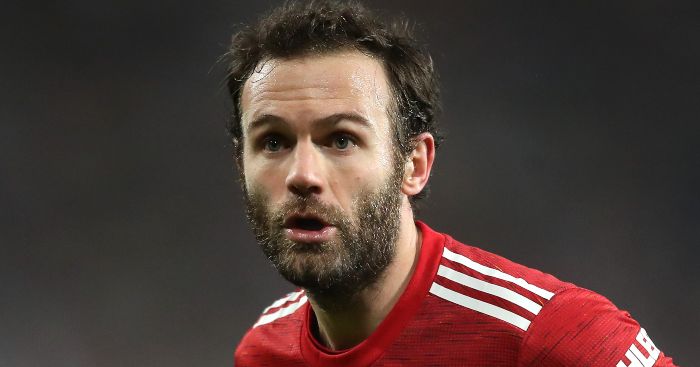 Ole Gunnar Solskjaer says that “no decision has been made” over whether to trigger a one-year extension clause in Juan Mata’s contract at Man Utd.

Mata is among those to have found playing time restricted recently and the veteran Spaniard is out of contract this summer unless Man Utd trigger his clause.

The 32-year-old has made 265 appearances in all competitions for the Red Devils and bagged 50 goals in his eight years at the club.

However, he has been limited to just ten appearances this season with only four Premier League starts to his name and Solskjaer can’t guarantee that he will be at Old Trafford next season.

“The decision is very difficult every time with Juan,” Solskjaer said. “You know he’s got the quality. If he plays, he’s scored goals, he’s contributed this season.

“Then again we’ve had other players who have taken his role as well. Mason (Greenwood) has done well in that position, Paul (Pogba) now.

“Juan really contributes in and around the group. He’s one of those that I have discussions with all the time and it’s difficult to leave him out but unfortunately that’s where it is at the moment. No decision has been made (on his contract) yet.”

Man Utd face Fulham at Craven Cottage tonight as they look to climb back above Leicester City at the Premier League summit.