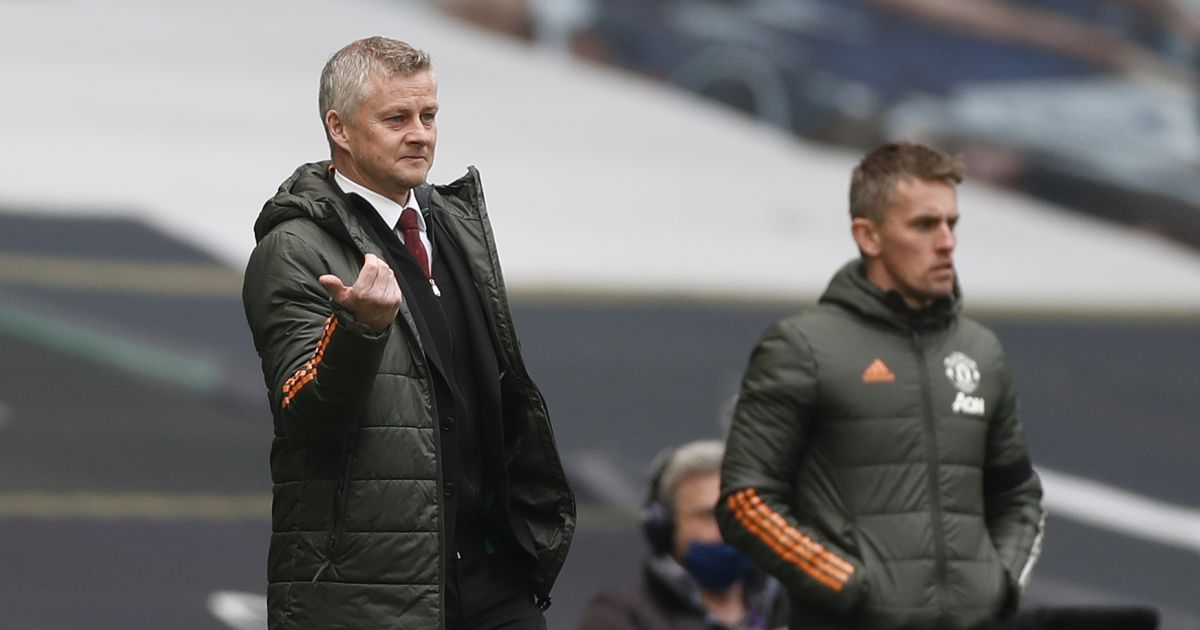 Ole Gunnar Solskjaer is trying to convince Edinson Cavani to extend his stay at Manchester United beyond this season after the Uruguayan played a starring role in a 3-1 win at Tottenham.

Cavani put in a brilliant shift in the number nine position, having a goal controversially ruled out before finally getting on the scoresheet with a diving header in the second half.

“Fantastic performance, we are awaiting his decision if he wants to stay or wants to move on,” Solskjaer said. “A performance like today we as a club have missed for a few years, we have not had that number nine for a long, long spell.

“Edinson has been working so hard to get fit and we can see the boys played to his strengths as well.

“We have had open and honest meetings and it’s no secret we want to keep him. I don’t think it is any secret that this has been a difficult year for everyone.

“With the pandemic, it has not been possible to have friends over, you can’t have family over without quarantine. He has not been able to experience the fantastic culture of Manchester and England and he is contemplating and thinking long and hard about what he wants to do.

“I understand. He knows what we want, I want him at Old Trafford in front of a full Stretford End scoring a header like today. Let’s wait and see.”

Solskjaer incurred the wrath of opposite number Jose Mourinho for criticising Heung-Min Son’s role in United’s disallowed goal after Scott McTominay was adjudged to have fouled the South Korean. But Solskjaer was pleased with the way his side responded to the double setback of that disallowed goal being followed minutes later by Son himself putting Spurs in front.

United rallied after the break as Fred levelled from close range then Cavani put United in front and Greenwood’s late strike extended the club’s impressive away record.

Solskjaer said: “I think from that moment onwards, we played some very, very good football after that.

“I know we conceded a goal but they came together and they weren’t going to let a decision like that derail our season. A strength in the team is to come together in difficult moments. We have done that many a time this season.”