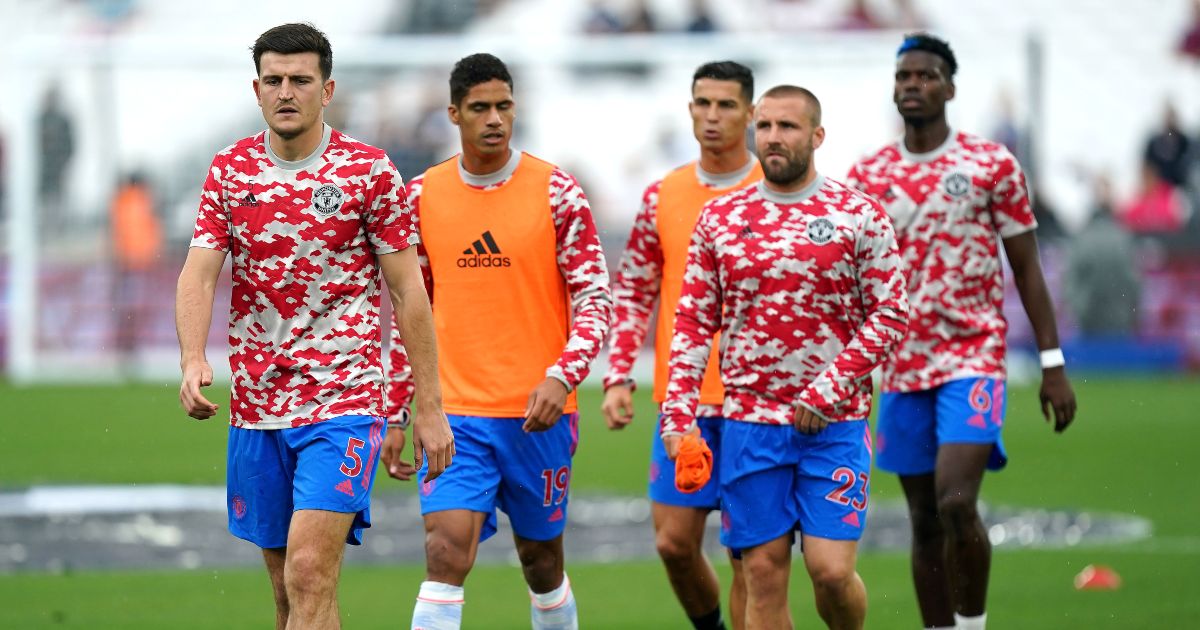 The Norwegian left the Red Devils on Sunday after their embarrassing 4-1 defeat to Watford on Sunday.

It was their fifth loss in seven Premier League matches, while Man Utd have now only won three of their last 11 fixtures in all competitions.

The signings of Varane, Ronaldo and Jadon Sancho in the summer were meant to catapult Man Utd into the mix as title challengers after years without a Premier League trophy.

Although Ronaldo has scored nine goals in 13 matches for the Red Devils this season, the trio have struggled to solve the fundamental problems at the club.

Despite welcoming the return of Ronaldo to Old Trafford, The Times claims that Solskjaer’s coaching staff had ‘concerns’ while they also had ‘doubts’ about Varane, who has only managed six Premier League starts.

‘Ronaldo’s return was welcomed by Solskjaer’s staff, but they had concerns too. One pointed out that they had spent the last two and a half years building a team that relied on a high press, only to be given a striker who does next to no work off the ball.

‘There were some doubts too about whether Varane would be able to adapt to the Premier League. Solskjaer’s staff were admirers of Marquinhos, the PSG centre half, but the Brazilian was deemed out of United’s price range.’

When asked on Sky Sports how Man Utd ended up here, Neville said: “Lack of good decision-making on the football side, no doubt about that. There is a cultural problem at the club.

“Ole has taken a battering over the last few months, that is what you get when you are a manager of a football club, particularly one the size of Manchester United. But the reality is that once he leaves, the focus of attention will be elsewhere.