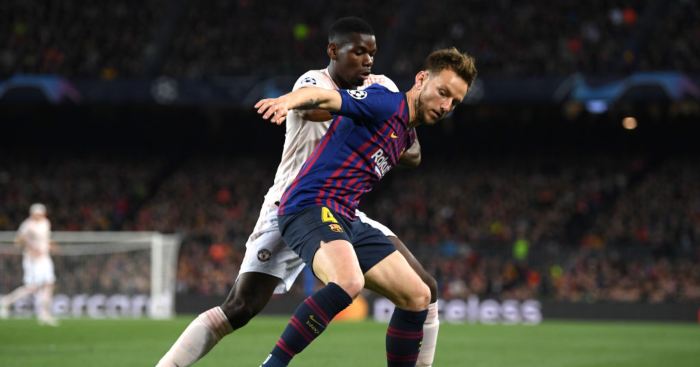 Manchester United are considering whether to make an offer for Barcelona midfielder Ivan Rakitic, according to reports.

And now Sport (via Sport Witness) claims that there has been ‘movement’ on a potential deal that would see Rakitic swap the Camp Nou for Old Trafford with Ole Gunnar Solskjaer in ‘no doubt’ that he would improve the squad.

United are understood to have contacted the Catalan giants to discuss the price Barcelona would be looking for to strike a deal for the Croatian.

The problem United have, according to Sport, is that the player sees his future at Barca and the hardest part of the transfer could be persuading Rakitic to move.

As usual, United will have to offer a huge financial package to persuade Rakitic to consider a transfer away from the La Liga outfit.