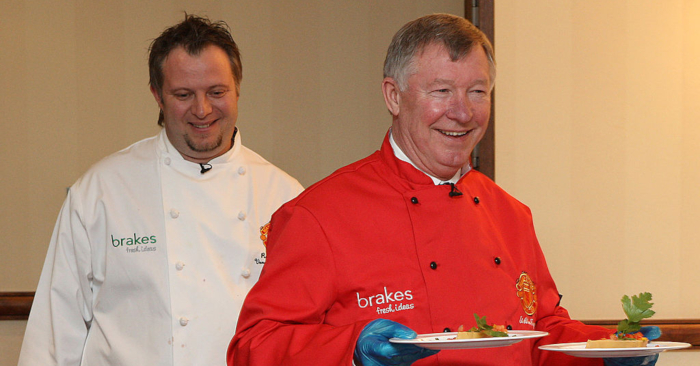 Ole Gunnar Solskjaer and his Manchester United staff were so ‘infuriated’ with the club’s performance against Everton that even the team chef laid into the squad.

United put in possibly their worst Premier League display ever as Everton sauntered to a comfortable 4-0 win on Sunday.

It seems that no amount of new signings can cure the club of their current problems, with Everton handing out a lesson to a club that started the weekend 18 points better off than them.

Solskjaer offered a public apology after the game, with Gary Neville slamming an ’embarrassing’ performance.

But the Daily Mail say that an ‘angry’ squad ‘turned on each other’ and ‘pointed the finger at one another during a heated exchange’ in the dressing room.

Chris Wheeler, who adds that staff ‘fear’ Solskjaer ‘will be brought down in time…if there is not a complete overhaul of the squad,’ also says there are some people at the club who believe ‘the situation is no better than when Jose Mourinho’s reign began to unravel in September and October.’

After the arguments in the immediate aftermath of Sunday’s game, ‘the inquest continued’ at the club’s training ground on Monday in an hour-long team meeting.

Players ‘were subjected to a video analysis of their capitulation,’ with club staff apparently failing to hide their disgust. According to Wheeler:

‘Solskjaer and his backroom staff were so infuriated with the performance that it is understood the team chef even gave players a piece of his mind.’