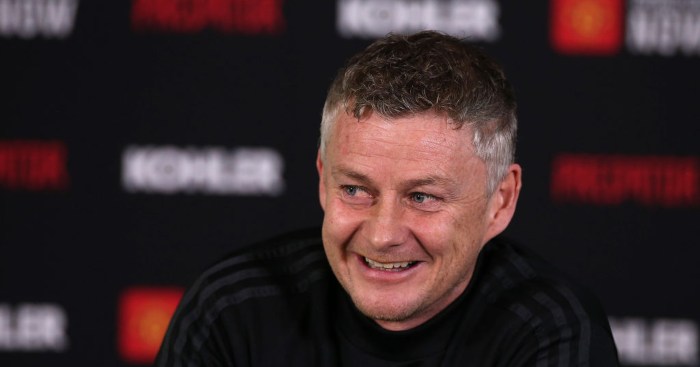 Manchester United manager Ole Gunnar Solskjaer claimed he has “not even heard of” a number of players the club have linked with during the January transfer window.

Sporting Lisbon midfielder Bruno Fernandes is expected to undergo a medical ahead of Friday’s deadline after a long drawn out process to secure his signature.

And United have been linked with a multitude of players as Solskjaer undergoes a squad rebuild.

With three days left of the January window the speculation continues and the United boss joked ahead of the deadline that he hasn’t even heard of some of the players he is supposedly keen on.

“All the press in this second part of January has been all about transfers in and out and I can’t say anything until something happens,” he told MUTV.

“After the first of February let’s start the summer transfer window questions! That’s just the way it is here, there’s speculation about players. Some of them I’ve not even heard about or even considered have been touted about.”