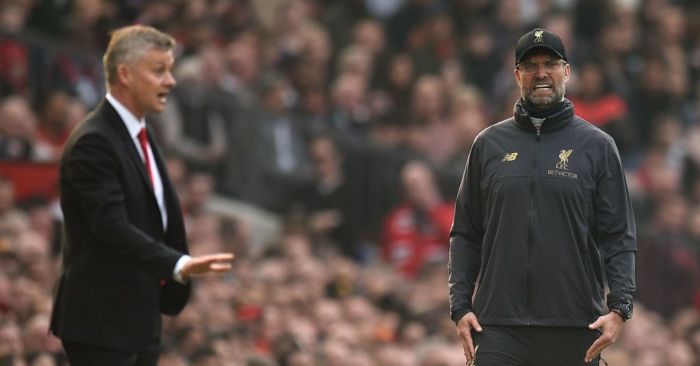 Ole Gunnar Solskjaer has responded to Liverpool boss Jurgen Klopp’s claims that Manchester United are a team that only defends.

But on the eve of United’s trip to the runaway Premier League leaders this Sunday, Solskjaer insisted he “took it as a compliment”.

“I don’t think it’s an accusation,” said Solskjaer. “I take it as a compliment, that we’ve defended so well.

“When the opposition manager is frustrated, that’s a good sign our boys have done well.

“I think we’ve been closest to winning both games against Liverpool, so I don’t know what the problem has been.”

Solskjaer also admitted Liverpool’s 30-year wait to land the title should act as a cautionary tale to United, who have gone seven years without being crowned champions.

“That’s what we’re working hard towards,” said Solskjaer. “To make sure doesn’t happen and let that be a lesson for us. We can’t let ours be that long.”

Solskjaer also confirmed Harry Maguire, who has worn the captain’s armband for the past few weeks, will continue in the role, with club skipper Ashley Young joining Inter Milan.

“Harry is wearing the captain’s armband and will keep wearing it,” said Solskjaer.

“He’s been a leader in the group, I’ve been impressed by his leadership skills, so he will continue wearing the armband.

“He’s come in and everything about him tells me he’s a leader.”