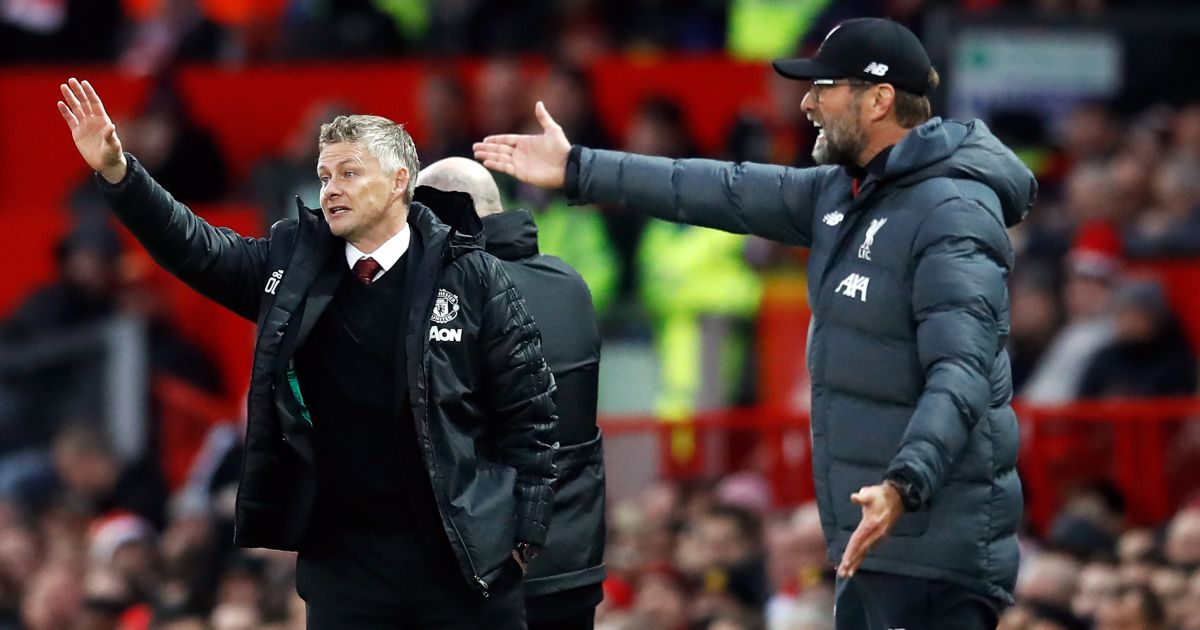 Man Utd boss Ole Gunnar Solskjaer has suggested that Jurgen Klopp is partly to blame for his side’s lack of penalties this season.

Speaking in January, Liverpool boss Klopp complained that Man Utd “had more penalties in two years than I had in five-and-a-half-years”.

And Solskjaer – although he didn’t mention Klopp by name – reckons there has been a big drop off in the amount of decisions going the Red Devils’ way since the German boss’ comments.

Solskjaer told MUTV: “We just have to hope we get what we deserve, we should have had three pens in the last two games, there was a certain manager who worried about us getting pens last year and after that the decisions were different to give, I’ve seen a big difference since then on.

“Leave it to the refs and make the right calls very soon.”

Cristiano Ronaldo, who had two penalty appeals waved away last weekend, has scored four goals in his first three matches in all competitions since rejoining Man Utd on deadline day.

When asked if Ronaldo was undroppable already, Solskjaer said: “We knew he was gonna have a great impact on and off the pitch and Cristiano is still so professional, the discipline he’s showed throughout his career to make the most of it has rubbed off on teammates. Been delighted, he’s a different man now to when I played with him.

“He’s been absolutely top, work-rate, attitude into games, communication, he knows he’s not going to play every game but that’s a good chat to have with me when he won’t be ready.”

🗣 “@Cristiano was always going to have a great impact,” Ole says.

“He’s still so professional and disciplined, which is going to rub off on his team-mates — that will only help us.” 🙌#MUFC | #MUNAVL

On the importance of the Portugal international, Solskjaer added: “I think Cristiano has been used to that ever since he came to the club, maybe more in the last 15 years of his career, in his first few years everyone tried to kick him because you wanted to stop him.

“And then he became such a top player everyone had to have an eye on him, his record, he’s used to that challenge, we’re a team, more than just Cristiano and the players I’ve got to choose from would enjoy if they had too much of an eye on Cristiano, it might give space for others.”