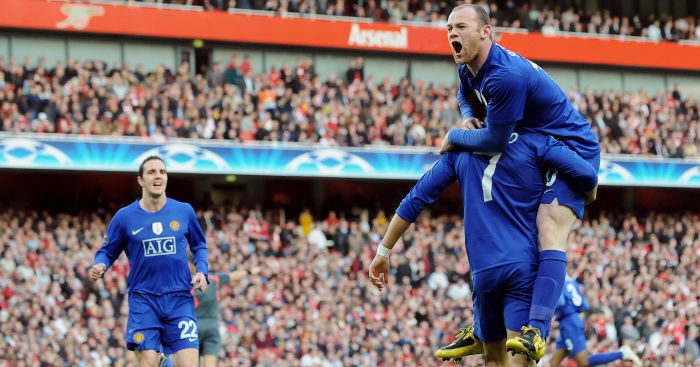 Since taking over from Jose Mourinho in December, Solskjaer has led the Red Devils to fifth place in the league and only two points off Chelsea.

One of the ways he has tried to improve results is to show the current crop of players historic encounters from United matches down the years.

One of which was their 2009 Champions League semi-final against Arsenal in which Ronaldo, Rooney and Park all starred and Solskjaer sees “similarities” between them and his current forward trio of Marcus Rashford, Anthony Martial and Jesse Lingard.

“Even though we have different players, Marcus and Anthony are not very different to Cristiano and Wayne,” Solskjaer explained.

“Jesse with his pace and Ji-Sung, there are so many similarities, and we should never forget those games because they are part of our history.”

From the interview with Sky Sports, it is clear that Solskjaer is loving his role at United but he now sympathises with former boss Sir ALex Ferguson.

“Now I understand why the gaffer used to be in so early,” Solskjaer added. “How did I manage to sleep so long when I was a player?”