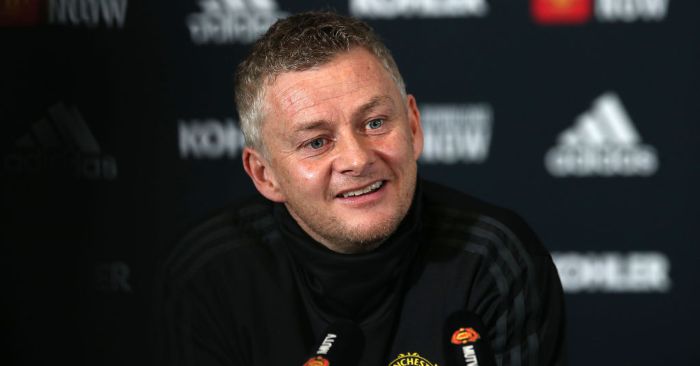 Ole Gunnar Solskjaer says Manchester United have “a great starting point and foundation” as they look to emulate Liverpool’s success.

United travel to Liverpool on Sunday afternoon hoping to maintain their status as the only side to take points off the current Premier League leaders.

The 1-1 draw at Old Trafford in October, as well as a 0-0 stalemate last season, showed that United can compete with the European champions in one-off games.

Solskjaer is eager to point out that both he and Jurgen Klopp “started almost from scratch”, with the German benefiting from time and patience.

His development of Liverpool’s attacking trio, in particular, has Solskjaer envious.

“The spirit is there, the players are humble and they want to improve,” he told the Daily Telegraph. “That is a great starting point and foundation. We know we need to sign a few but we understand that.

“We look at when Jurgen took over at Liverpool and he finished eighth in his first season, so this is our first season together.

“We want to build step by step, and layer by layer, and in the end you can just send them out without having to wait until Saturday to do the last preparations because you know what they are able to do.

“If you look at Liverpool now with Firmino, Salah and Mane, they all understand each other when he moves there and him there, they drop and rotate. That’s where we want to get to but that takes time.”

In an interview with the United website, Solskjaer expanded on the comparison between his and Klopp’s early stages in charge.

“He’s a very nice man, as well. He’s a good manager and, of course, we do respect them. They have proven with their results and performances that they do deserve that respect.

“I think we’ve shown them in the games that I’ve been here that we do prepare very well.”