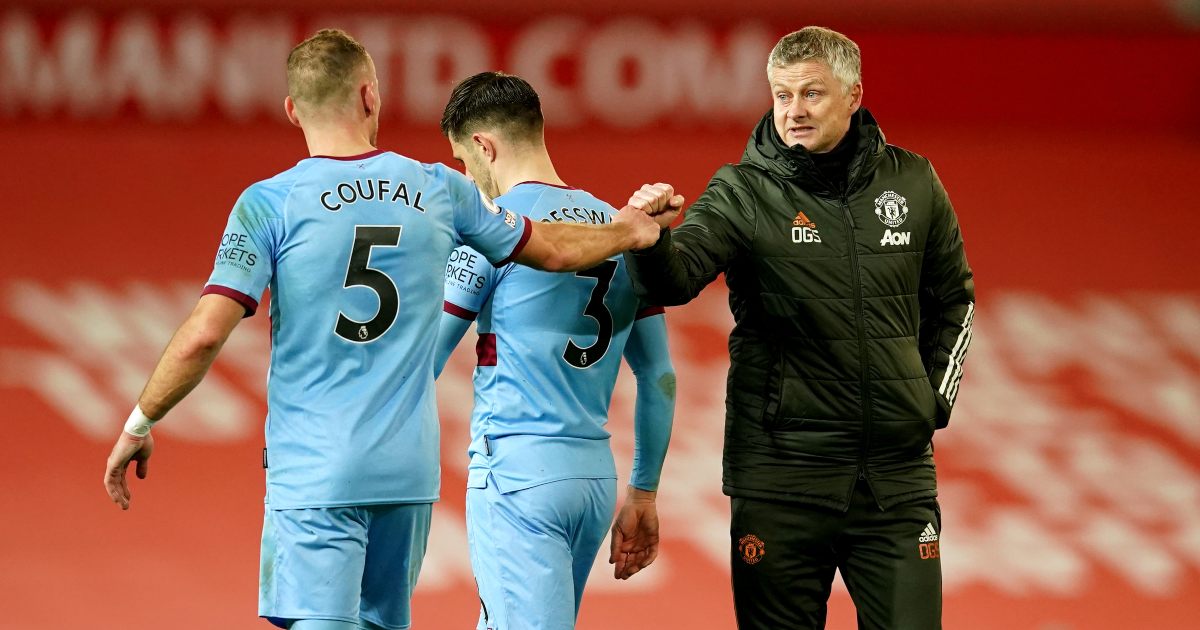 Ole Gunnar Solskjaer thinks his Man Utd squad “needed” Harry Maguire to call them out during their 1-0 victory over West Ham on Sunday.

An own goal by Craig Dawson saw the Red Devils back up victory over Manchester City last weekend with a narrow triumph over top-four rivals West Ham.

The result means Man Utd will resume Premier League action in April second in the table but it was not all plain sailing.

Following a number of errors from Aaron Wan-Bissaka, Maguire was heard screaming: “F**king tidy up, stop giving the f**king ball away.”

Reacting to the incident, Solskjaer told BBC 5 Live: “They all needed it. Either digging out or calming down. Maybe it was more calming down because I know the attitude was there.

“We wanted so much to recover from what happened on Thursday night, with the last-minute equaliser from Milan, and the attitude was spot on – just calm down and trust yourselves.

“Dean Henderson did not have a save to make and I guess that is a good sign.”

On their general display against West Ham, Solskjaer added: “It is always hard in the Premier League, but I felt we controlled the game quite well after the first 15 minutes.

“We didn’t start well and couldn’t find a red shirt but the attitude is always there. ‘We built pressure and momentum and had enough chances in the end. We earned the spaces. ‘We worked really hard from the front tirelessly. Spaces opened up and then we can see the quality in our players.”

David Moyes was “disappointed” with several aspects of the Hammers’ performance against Man Utd but still thought they could’ve got something out of the match.

When asked if they should’ve taken a point from the game, Moyes said: “Yeah, you could be right. But once Man United got the one goal, they were quite happy to sit in and wait on us attacking.

“We made some changes, we got a little bit better as the game went on. Parts of (the game plan) we did OK but not so well, so I was disappointed with quite a lot of aspects and that’s why we made the changes.”