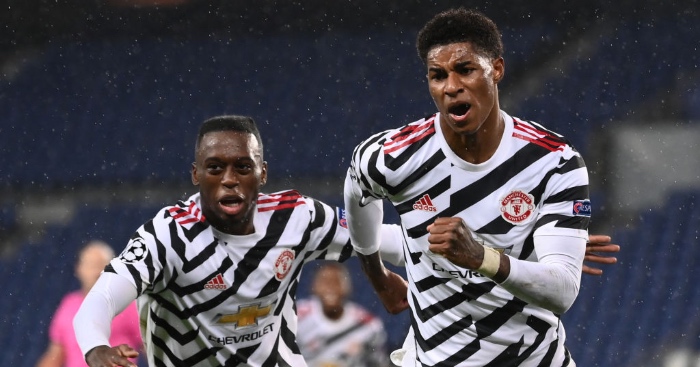 For a manager who has consistently spoken about Manchester United being a club that should be winning trophies rather than chasing Champions League places and semi-finals, his mantra of “this is Manchester United” persistently underlining the rich history of this behemoth of a football institution, Ole Gunnar Solskjaer is clearly far better suited to being the underdog. When nothing is expected, when absences limit his options, he enjoys his finest moments as a manager.

When United clearly have the better individual players, they often look like they are lacking tactics more complicated than being better individual players, but when circumstances force them into the role of underdogs, they seem to play not as individuals but as a collective, with unerring discipline and concentration. Add moments of brilliance – Anthony Martial’s turn to earn a penalty, Paul Pogba’s classy assist, Marcus Rashford’s stunning finish – and you get results like these, becoming the first away team in 16 years to win a Champions League group game in Paris.

Solskjaer got every decision right, utilising the formation that served them well at the tail-end of last season against Manchester City and Chelsea. Add two workhorse midfielders to five defenders and you immediately make yourself a pretty immovable force; even Harry Maguire’s lack of pace would not have been exposed on a night when Manchester United’s centre-backs were happy to spend the majority of the game at the edge of their own box. And that is absolutely no criticism of Solskjaer’s tactics; they were absolutely the right tactics to employ in this situation with that personnel.

Aaron Wan-Bissaka was utterly outstanding at right wing-back and then at right-back, relishing a game where he could be judged on tackles rather than crosses into the box. He made six (almost all of them vital), though Bruno Fernandes and Fred were not trailing too far behind in the combative stakes. Axel Tuanzebe was an unexpected colossus to his left; he may well have made a convincing case to partner Maguire in the coming weeks.

Martial’s 55th-minute own goal could have sent Solskjaer scrambling for ever more defenders – he would probably have taken a 1-1 draw before the game – but he knew this PSG side were hesitant in midfield and petrified of the pace of Rashford. Instead, he brought on Pogba, and there was an immediate injection of forward thrust. Again, the right decision. And a brave decision because it could have backfired after 67 largely comfortable minutes for his defenders. The glory will go to Rashford – and boy does he deserve that glory – but the assist from Pogba was exquisite, showcasing his power, touch and vision.

This victory does not mean that Solskjaer has solved all the issues that have plagued his tenure in the last near-600 days since United’s last victory in Paris, though Tuanzebe may offer half of one solution. But he has shown once again that he is the man for a certain occasion when United need organisation and discipline. When he embraces the role of the underdog, this side has a pretty sizeable bark.